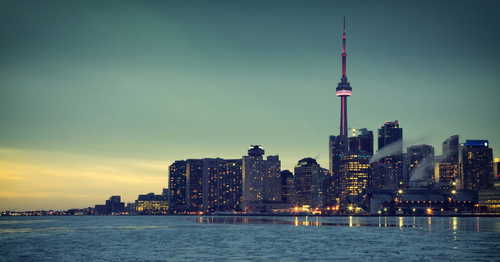 Ernst and Young (EY), the bankruptcy trustee for the defunct exchange QuadrigaCX, is trying to resolve a dispute over how to value the firm’s cryptocurrency assets before disbursement to creditors.

EY will head to court on Jan. 26 to argue the valuation date for cryptocurrency claims should be considered from the date of the exchange’s bankruptcy on April 15, 2019. The firm is taking a different stance from affected user, crypto startup BlockCAT, which wants the digital assets to be valued as of Feb. 5, 2019, when Quadriga received court protection to restructure under Canadian federal law.

The date used will greatly affect how cryptocurrency is valued and, thus, how much creditors receive from the remaining pool of assets.

BlockCAT has made a claim of 4 million Canadian dollars (US$3.14 million). Seeking to maximize its payout, it has brought a motion arguing the date for valuing cryptocurrency claims of other users should commence from the exchange’s initial court order with respect to the Companies’ Creditors Arrangement Act (CCAA).

The issue at hand pits Quadriga’s former users, who have predominantly cryptocurrency claims, against creditors who predominantly have claims for fiat currency. In total, Quadriga users have made 17,053 claims with a value of either CAD$224 million or CAD$291 million, depending on the date used for asset valuation.

The trustee has to pay out claims made for cryptocurrency and U.S. dollars in Canadian dollars, meaning the court must decide on a date for valuation before it can proceed with disbursement.

A factum (a statement of the facts of the case) was filed by EY to the Ontario Superior Court of Justice on Tuesday in connection with its motion for an order to use the prevailing exchange rate on the date of bankruptcy for the conversions.

According to commercial litigator Evan Thomas, who assessed the trustee’s figures as outlined in the factum, a user with a claim solely for CAD will recover 23% less if the April 15, 2019 date is used.

As shown above, the price of cryptocurrencies between February 2019 and April 2019 typically rose. As such, a former Quadriga user with a claim solely for bitcoin would get 14% more in CAD if the April date is determined as the legitimate date by the courts.

If BlockCAT convinces the court that cryptocurrency claims should be valued at the February date, the relative share of the Quadriga pool to be paid to affected users with CAD claims would increase, Thomas noted.

The case in novel in Canadian law. “No bankruptcy court in Canada has previously been asked to determine as at what date claims made in cryptocurrency should be valued in Canadian dollars,” EY states in the factum.