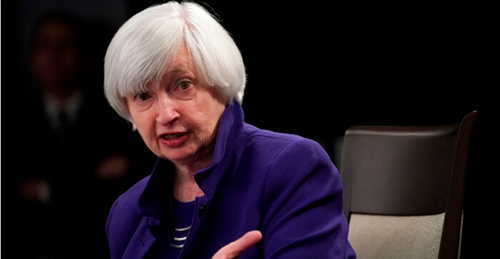 Yellen’s nomination to serve in the cabinet remains pending awaiting confirmation from the Senate. She served as the vice-chair of the Federal Reserve from 2010 to 2014 and later as the chair between 2014 and 2018. The Keynesian economist will be faced with the task of preventing the collapse of the US’ economic recovery.

Beyond her domestic responsibilities, her position also gives her some influence on the crypto-verse, so it is only fair to examine her stance on digital assets.

Yellen, a monetary dove, has leaned both in favour and disapproval regarding digital assets in her past remarks. Her opinions and personal statements on Bitcoin are, for the most part, mixed. Back in July 2015, when she served as the chair of the Federal Reserve, Yellen faced the US House Committee on Financial Services, led by Committee vice chair and Bitcoin advocate Rep. Mick Mulvaney. The committee submitted questions centred on Bitcoin regulation and its rising popularity to Yellen.

“The costs and benefits of developing new statutes or regulations related to digital currencies should be weighed carefully. New regulation […] may work to strengthen the soundness of virtual currency schemes and increase public trust in the products, as some may refrain from investing in or using digital currencies due to a perceived legal uncertainty and/or lack of consumer protection,” she said. “On the other hand, new regulation would need to be flexible enough to address effectively the evolving nature of digital currency systems and technology while not stifling innovation.”

However, in 2018 the Democratic nominee asserted that many Bitcoin transactions were associated with crime. Speaking at the Montreal Fintech forum, she explained that Bitcoin was used to facilitate money laundering and finance terrorist activities. Yellen went ahead to declare that she wasn’t a  ‘fan’ of Bitcoin. The nominated Secretary of the Treasury also asserted that Bitcoin wasn’t a store of wealth or a good payment option.

It is hard to regard Yellen as a friend in the crypto space. However, her mixed record means the crypto community could still see regulation designed to not hinder innovation.