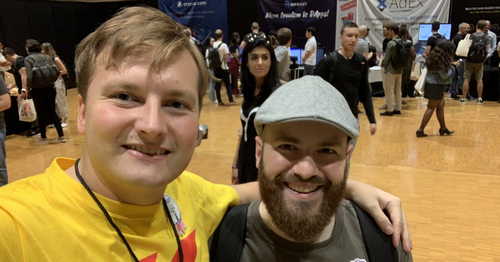 Stani Kulechov used to think angel investing would distract him from leading his company, Aave, one of the top money markets in decentralized finance (DeFi).

Attention on Aave proved to be well spent: This time last year, Aave only had a few million dollars worth of crypto in it; since then it has risen to become the second largest DeFi project on Ethereum, with over $3 billion in crypto committed to its smart contracts.

Nevertheless, over the last year, Kulechov also invested in something like three-dozen projects. Clearly, his stance on angel investing has changed.

“I think everyone should do angel investing in the space, especially if you gained,” Kulechov told CoinDesk in an interview.

Kulechov justifies devoting part of his time to angel investing because he has come to see it as a defensive move for his company. It’s like the internet: Once enough people have started using and relying on a tech stack, it becomes very nearly impossible to yank it back out of their hands.

“When the ecosystem is big enough, I believe it is very difficult at that point to fight against the technology,” Kulechov said.

The best the banking system could hope to do, he believes, is decide to build its own version of DeFi, but, “that will not work when you have so many projects in the ecosystem and the ecosystem is growing all the time,” Kulechov said.

The term “ecosystem” gets thrown around a lot but Kulechov contends it is uniquely apt in DeFi.

In an ecosystem, things are living off each other but also supporting each other. Species evolve in a specific context and everything is relative. Kulechov sees the same thing happening on Ethereum.

Take Yearn Finance for example. It takes advantage of composability by building other smart contracts into its smart contracts. In exchange, it also pumps a lot of additional liquidity into those protocols by way of its own various interfaces. It also consumes the yield that comes from the backers it supplies. It’s a virtuous cycle.

“We have smart contracts and we have composability,” Kulechov said, “but also we have an element of human composability.”

Kulechov backs a lot of teams but not everyone. The question he’s trying to answer when making picks is: How creative is this team? He said he likes to ask them what they are looking to build next and then maybe after that as well. He needs to see a fertile mind that’s always ready to innovate, because that’s the only way to keep adding value.

CoinDesk sees Kulechov’s name on press releases about new startups all the time. For example, we’ve reported his backing of Lido, Maple,Slingshot, Swivel and PoolTogether.

Aave itself raised a fresh $25 million last October, ahead of releasing its new version in December.

But when asked to name some investments that are on his mind, he named three specific ones he’s made in small, new teams that haven’t gotten a ton of attention yet.

Kulechov said he liked Pods because it was a team of very young people from Brazil who were traveling around to hackathons to build out early versions of their product.

Certora. A smart-contract security consultancy that specializes in formal verification.

“It’s kind of a traditional business model,” Kulechov said. Certora stands out in the crypto space because it’s a bunch of security researchers who simply provide a service in exchange for payment, without a token or DAO in sight.

“What for me was interesting was the whole story of how they moved to Hawaii,” Kulechov said. The team has a “Hawaii House” on the beach listed as a perk for new hires. New employees aren’t required to live there but encouraged to at least come and hang out a while.

Kulechov said he’s been pleased to see some decentralized exchange (DEX) aggregators routing orders through this relatively small protocol, which has a big mission to reinvent money. That said, “They don’t make any noise,” Kulechov said.

Kulechov contends he doesn’t have strict investing principles, but obviously he likes to see people embrace DeFi values: transparency, open source and the like.

One point he does like to stress, though, is he prefers to make investments in the tokens generated by his own project, Aave. So rather than sending a team a bunch of USDC, he’d rather send them aUSDC, because then they already have some yield built in.

Treasury management is obviously important for any team, but: “If you take interest-bearing tokens it’s actually managed,” Kulechov said.

The point there is to keep projects sustainable on the micro level. Investing does the same for DeFi on the macro level.

“I spend my whole day in DeFi,” Kulechov said, noting that most of his hours are focused on Aave. The remainder, though, often goes to angel investing. “I think everyone should do this,” he said.