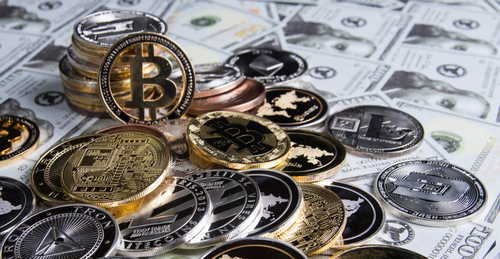 From Bitcoin (BTC) setting a new all-time high to Ripple (XRP) sliding to seventh in market cap, here are the exciting developments happened in the crypto sector this week

Cardano on the verge of launching the Mary Upgrade

The clock is running on the launch of Cardano’s Mary hard fork. The Hard Fork Combinator is set to finalise the required quality assurance and developer checks on 24 February. This will set the stage for the official network upgrade slated for 1 March, according to an update from Charles Hoskinson, the project’s founder.

The Mary upgrade is crucial as it will open endless possibilities to developers looking to remodel or migrate to the blockchain. The upgrade will potentially bring about stiff competition between Cardano and Ethereum as it supports the creation of non-fungible tokens.

It also features an important change i.e. absence of execution fees. The Ethereum blockchain, at present, charges users interacting with tokens for smart contract gas fees. After the upgrade, Cardano will neither have any such fees on the network nor need smart contracts to create tokens.

ADA came off the weekend correcting from a high of $0.97. The native token on Cardano retracted to about $0.77 before picking up the pace during the week. Its weekend rally saw it surpass Polkadot in terms of market cap and sit fifth after hitting a $29.5 billion market cap.

However, a few dips at the start of the week cancelled most of its gain and chopped some market cap off. The token bounced back on Wednesday and continued with the upward momentum yesterday. ADA’s price surged to $0.95 as bulls pushed to break above a multi-month high of $1.00. Although it managed to test the $29.5 billion market capital yesterday, it dropped to sixth after being displaced by Binance Coin.

Bitcoin Cash makes its re-entry into the top 10 crypto

Bitcoin Cash started the week trading at around $734 before giving up more than $100 of its value. It plunged sharply to $629 before pulling a turnaround and accelerating towards a week-high of $770 in less than 24 hours.

In the same period, its market cap shot up significantly to $14.28 billion. The latest uptrend helped it reclaim a spot among the top 10 crypto coins by market cap above Stellar and Chainlink – that appears to be catching up. It has since eased off on the gains swinging between $698 and $728 on CoinMarketCap. So far, BCH has rallied by almost 70% this month and is, as of writing, % up in the last 7-days.

A survey conducted by Gartner early this week revealed that only 5% of financial executives were willing to plough corporate funds into Bitcoin. The overwhelming majority (84%) of polled execs did not intend to step into the turbulent crypto waters. 71% of them, however, wanted to watch what other companies do with the crypto asset.

The survey, which involved 77 finance execs, further showed that Bitcoin volatility was the biggest hurdle impeding mass Bitcoin adoption. Bitcoin has rallied by more than 100% in the last three months alone. The crypto asset has seen a lot of cash inflow from institutional investors since Q4 of 2020.

This has been the main driving force behind its epic run to $50k. Although the likes of MicroStrategy, Tesla, and Square have poured a lot of funds into the market, they only represent a small fraction of institutions that have embraced the digital asset. The survey also cited a lack of clarity around Bitcoin as a corporate asset for low institutional adoption.

Speaking in an interview with Morgan Beller from NFX, Vitalik Buterin posited that the current China-US competitiveness could positively impact cryptocurrency. The Ethereum creator argued that decentralisation was a more appropriate way to protect citizens’ interests than the imposition of bans and tariffs.

Buterin believes crypto stands to benefit owing to its decentralised foundation. He used the analogy of three individuals –A, B, and C – taking part in a contest where B is more skilled than C but less skilled than A. He explained that A and B would focus on eliminating each other, giving C a leeway to win. In his analogy, C represented cryptocurrencies.

However, his assertion is questionable as several other aspects in play have not been considered. There’s a new US administration that could have a contrary view on the China-US ties. Besides, there could be more actors involved in this scenario.

Bitcoin cut above the $50k resistance line and moved past $51k on Wednesday. It settled around this figure briefly before surging towards $52k to set a new high of $52.6k yesterday. Bitcoin has now moved up by nearly 100% since the start of the year. The leading crypto momentarily hit a $1 trillion market capital in yesterday’s rally but slid back $960 billion.

Since hitting the record-high, Bitcoin has remained above the $52k price figure with only slight price changes. The crypto is currently on the path of $53k and could end the week with a market cap close to $1 trillion.

Elsewhere, Ethereum finally managed a significant price jump that saw the token’s price rise to a high above $1,900 yesterday. Before yesterday, the token’s previous all-time high was just short of $1,875. Ether is, as of writing, on a strong uptrend that might see it break above the $1950.24 price figure it posted earlier today. This rally comes at the back of an increasing number of ETH whales.

Ripple (XRP) is the biggest loser this week. The native token on Ripple’s network was eclipsed by Binance Coin and moved down to 7th place in market cap. It is the first time the token has sunk this low in more than half a decade. It is currently trading on a negative end of both 24-hour and 7-day references.  Its market capital has also dropped from just over $25 billion yesterday to $24.4 billion, as of writing.

Binance Coin, on the other hand, takes home the crown of the best performing crypto this week. Its surge on Wednesday helped it glide past XRP before eclipsing both Polkadot and Cardano yesterday. BNB stayed the same course today and, earlier on, overtook Tether to become the third-largest crypto after setting a new record high of $276.64. Its market cap has risen by a tremendous $10 billion in the last 24 hours.