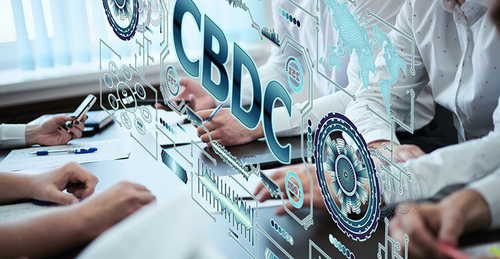 The Bank for International Settlements (BIS) has revealed that central bank digital currency (CBDC) research is gaining momentum globally, but it would take a few years before they are issued

Bank for International Settlements has revealed that there is massive ongoing research on CBDCs with a shift from conceptual research to practical use. However, it would take a few years before the central bank digital currencies are issued for public use.

Results of the third survey on CBDCs were published by the BIS yesterday. The BIS surveyed 65 central banks globally regarding CBDCs. According to the survey, 88% of the respondents stated they were considering the pros and cons of issuing digital-first fiat, which is higher than 80% from last year.

The research paper stated that “As a whole, central banks are moving into more advanced stages of CBDC engagement, progressing from conceptual research to practical experimentation“. The BIS revealed that at least 60% of the respondents are already conducting CBDC experiments or proof of concepts. This is a massive increase from the 42% recorded in 2019.

The BIS clarified that while stepping up CBDC work does not prejudice the policy decision of whether or not to launch a CBDC; it does demonstrate a strong interest by the central banks.

According to the BIS, local circumstances shape CBDC development as the need for these digital currencies differs amongst countries. The central banks in developing economies have relatively stronger motivations to provide financial inclusion and payments efficiency via CBDC development. Currently, seven out of eight CBDC projects are from emerging economies.

“A testament to these motives is the launch of a first “live” CBDC in the Bahamas. This front-runner is likely to be joined by others“, the BIS added. Central banks representing a fifth of the world’s population are expected to issue a general purpose CBDC over the next three years. However, most central banks might not issue their CBDCs in the foreseeable future.

The BIS report shows that most central banks are more interested in retail CBDC than a wholesale CBDC. They are more concerned about developing fiat digital currencies to support consumer and day to day use than those that support systemic payments and transfers between banks.

Some countries that previously considered developing both models are now focusing on retail CBDCs. These central banks recognise more value in digital fiats for the people above digital currencies for the banks.