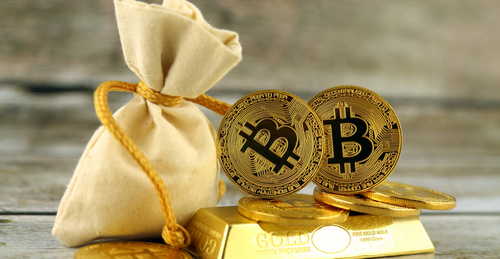 Gundlach, CEO of Los Angeles-based investment firm DoubleLine Capital, had previously stated he didn’t believe in crypto. Based on his latest tweet, however, it appears that the investment guru has changed his tune. Gundlach made a comparison between gold and Bitcoin, noting that the latter may be a better investment.

The gold bull now thinks of Bitcoin as ‘the Stimulus Asset’ and regards it as superior to the haven yellow metal. Gundlach has never been shy to declare he prefers physical investment over non-tangible like Bitcoin and the US dollar. The DoubleLine CEO previously dismissed the digital asset calling it a ‘bubble’ at the beginning of the year.

Speaking on CNBC’s Halftime Report in January, he said, “I don’t like bitcoin here. I don’t like things that are up on a stilt like that. Bitcoin, to me, is now sort of in bubble territory in terms of the way it’s been acting.”

He advised investors to avoid the crypto asset explaining that it could get overheated amid its rally back then. Yesterday, Gundlach made a U-turn on his stance through a tweet.

“I am a long term dollar bear and gold bull but have been neutral on both for over six months. Lots of liquid poured into a funnel creates a torrent. Bitcoin may be The Stimulus Asset. Doesn’t look like gold is.”

Gundlach didn’t explain the reason behind his decision to back the crypto asset over gold. Crypto users interacting with the post believe the recent Bitcoin rally could have inspired the turnaround. Bitcoin has made headlines this week after posting yet another all-time high around $52.6k.

The leading crypto started the year on a high note and has, lately, seen massive cash inflow from institutions looking to hedge the asset against inflation. Prior to Bitcoin rising to its current status, investors considered gold a better option in hedge against inflation. The tables have turned as Bitcoin has outdone the physical asset in the last ten months.

The crypto coin took a beating in March last year, plummeting to around $4,000. However, it managed to bounce back before the year came to an end, going on an epic rally that saw it set a record high at the start of the year. Bitcoin is currently trading at $51,141.10.