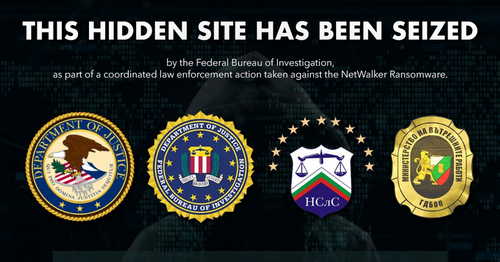 Federal prosecutors struck back at a favorite tool of the ransomware community Wednesday, indicting one alleged NetWalker user, a Canadian national named Sebastien Vachon-Desjardins, on wire fraud, hacking and network extortion charges, and coordinating the takedown of a victim guidebook hosted on the darkweb.

The action, which included assistance from Bulgarian authorities, is the U.S. government’s first public assault against a malicious software that’s booming in popularity. Ransoms against schools, hospitals, businesses and governments netted NetWalker attackers tens of millions of dollars in 2020.

NetWalker burrows into and encrypts victim computers, only releasing its hold once victims pay a ransom – usually in bitcoin. It follows the ransomware-as-a-service model, making the individual hackers (affiliates) who deploy the attack lock down the computer and demand the ransom akin to franchisees who share their profits with corporate (the ransomware developer).

Sebastien Vachon-Desjardins is alleged to have been one such affiliate. Prosecutors said he held a Florida-based company’s computers hostage with NetWalker in violation of federal law. Prosecutors also demanded forfeiture of $27 million accrued through his alleged ransomware crimes.

NetWalker attacks are unlikely to abate with the removal of a single affiliate, he said.