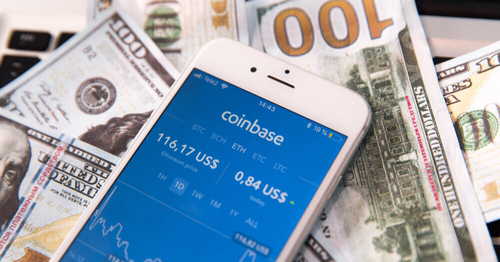 The leading US-based cryptocurrency exchange Coinbase has revealed that it now controls $20 billion worth of cryptocurrencies in its custody. This comes after the company added $14 billion from institutional investors over the past few months.

Brett Tejpaul, Coinbase’s head of institutional coverage, revealed this latest development in a YouTube interview. Tejpaul revealed that when he joined Coinbase in April, the company only had $6 billion in crypto assets under custody. However, they have since grown and now control over $20 billion in their custody account.

Tejpaul is an experienced financial manager, having spent 25 years in sales in trading. He was at Barclays for nearly 17 years and spent another nine years at JPMorgan Chase. His wealth of experience in institutional finance has helped Coinbase boost its institutional investment.

Tejpaul told interviewer Eliisabetta Bartolini, partner at Heidrick & Struggles, that he joined Coinbase in April and is now in charge of growing the institutional adoption of cryptocurrency across sales, trading, custody and Prime.

Coinbase created Prime to tend to institutional clients, including venture capitalists (VCs), hedge funds and asset managers. Tejpaul added that part of Coinbase’s growth was due to the acquisition of Tagomi in May.

He stated that Tagomi’s acquisition radically transformed its ability to cater to institutional clients, especially those that wish to use smart order routing and algorithmic execution. Thanks to the innovation, Coinbase’s institutional trading volumes are 20 times what they were at the beginning of the year.

Tejpaul noted that Coinbase is measuring the fresh capital coming into the crypto space, and most of them are in Bitcoin. It is not surprising, considering Bitcoin remains the largest cryptocurrency. The leading crypto has enjoyed a stellar year so far, rising by over 140% year-to-date.

As Coinbase records growth in institutional investment, the company is making changes that would allow them to provide better services to institutional clients. Tejpaul revealed that Coinbase upgraded its banking and auditing partners to JPMorgan and Deloitte, respectively. He mentioned that JPMorgan and Deloitte took time to look at Coinbase’s practice to ensure they have the proper know-your-customer (KYC) and anti-money laundering (AML) policies on their platforms.

Tejpaul ended by saying that he expects more institutional inflow into the cryptocurrency space over the coming years.