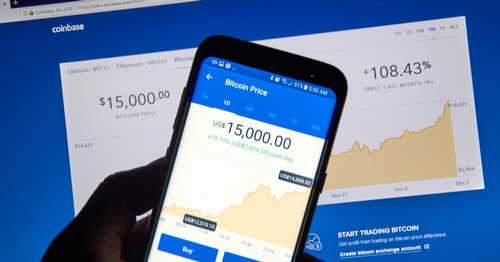 Coinbase announced its outage via a tweet. It stated that “We are currently investigating connectivity issues on Coinbase and Coinbase Pro. We’re working quickly to implement a fix, and we’ll send an update as soon as it’s resolved”.

The cryptocurrency exchange later tweeted that it had implemented a fix for the issue and is monitoring the results. The outage wasn’t unique to Coinbase as some platforms across the globe were affected. Cloud provider Amazon Web Service (AWS) experienced outages, and it affected several platforms that are hosting their services with them.

Coinbase has a track record of outages during busy trading periods in 2020. On 16 November, Coinbase reported a similar outage, making the website and mobile app inaccessible to traders and investors for a few hours.

The latest outage comes as the Bitcoin price continues to suffer this week. The top cryptocurrency broke the $19,000 barrier a few days ago but has lost more than $2,000 since then. At the time of this news, BTC is down by 3.5% over the past 24 hours and is trading at $17,236 per coin.

Coinbase plagued by yet another controversy

Coinbase has been a hotbed for controversy this year. After asking its workers to steer clear of political opinions a few months ago, the company is about to experience another significant controversy.

The company published a blog post yesterday, pushing back at an unpublished article in the New York Times (NYT). The upcoming article claims that black employees had negative experiences while working at Coinbase.

The article was written by NYT journalist Nathaniel Popper who has been interviewing current and former staff of Coinbase in recent weeks. The article will say that most black workers and contractors mentioned in the story filed complaints with Coinbase.

However, Coinbase came out to refute the claims and explain that only three black employees filed complaints during their time at Coinbase, and all the complaints were properly investigated. Following the investigations by both internal and external bodies, Coinbase found no evidence of wrongdoing and concluded that the claims were unsubstantiated.

The article by the New York Times is yet to be published, but it could further affect Coinbase’s credibility in the marketplace.