Quick: When you think back on the past half-decade of political campaigns, what do you miss? Is it pointless celebrity vanity campaigns? Irresponsible culture war fearmongering? Do you love having bitter arguments about Representation and Tokenism and how the press ought to cover a problematic female candidate?

Buckle up, friend: Caitlyn Jenner is running for Governor of California, and her first major policy recommendation is banning trans girls from sports.

“This is a question of fairness,” Jenner told a reporter from TMZ this weekend. “That’s why I oppose biological boys who are trans competing in girls’ sports in school. It just isn’t fair. And we have to protect girls’ sports in our schools.”

“We” have to do no such thing. Girls’ sports are not in danger; trans children are, and some of them are dying, or trying to die, because of the discriminatory legislation currently being aimed their way in over thirty states. That legislation often centers around blocking teenage trans girls from sports teams, on the way to more openly punitive measures like genital exams for gender non-conforming students.

So Jenner, who is a trans woman and an athlete, is reciting ugly, irresponsible rhetoric about transfeminine athletes, without even rewording her GOP talking points. It’s not a surprising move from Jenner, who has been openly Republican for many years, but it does confirm many people’s fears about her candidacy. Nearly every trans woman with a platform had to spend the weekend pushing back on her: 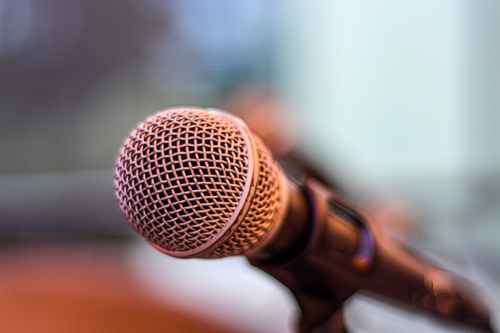 Jenner seemingly aims to provide “representation” only in the most cynical way possible, turning her own marginalization into a weapon Republicans can use to harm other trans people. A lot of cis people with transphobic opinions about student athletes will probably be emboldened to embrace them because, hey, Caitlyn Jenner is trans, and she said it was okay. Look, here they come now:

All of this can be true, and it can also be true that I am dreading the ways cis “allies” are going to talk about it in the coming months. Caitlyn Jenner is very, very far from the first trans woman to work in politics or run for office. We live in a world that contains Danica Roem, Sarah McBride, and Dr. Rachel Levine. But Jenner is perhaps the single most visible member of a community that is plagued by hypervisibility, and a lightning rod for cultural transphobia, and now that she’s running for office, that problem is only going to get worse.

Trans women have always been punching bags. Every crappy stand-up comedian has a joke about them. Every Internet troll considers them fair game. Caitlyn Jenner is not only subject to all this, she is so famous that a lot of people litigate their distaste or distrust of trans women through her specifically. The South Park episode about how we’re too nice to trans people was about Caitlyn Jenner. The comedians who make jokes about her do it on Saturday Night Live and the Golden Globes. This isn’t something she chose, and it isn’t something she’s conscientious about — I too wish that Laverne Cox was the first name that came up here — but Caitlyn Jenner, the first “good” trans person conservatives invoke to justify their bigotry, is also the first “bad” trans person they name when they want to shit on trans women. She’s the only trans woman many cis people know.

Now Jenner is using that platform to spread misinformation and bigotry, making statements that, objectively, are wrong, and awful, and will likely get some kids killed. My first instinct was tactical silence (a very nice term for playing games on my phone and avoiding the subject) but that won’t work. Jenner has such a huge megaphone that it will take a lot of shouting to drown her out.

Yet there are inevitably going to be some people who use that shouting as an excuse to vent misogyny and/or transmisogyny. There always are. People are conditioned to view women, and especially trans women, with hostility or distrust, and to pick apart their behavior looking for some flaw we can use to take them down. When we do find a legitimately flawed woman, some people who think of themselves as “allies” will declare a free-for-all — going in on the offender with all the gleeful, unrestrained viciousness they suppress when it comes to more well-liked women.

I’m aware that I have now spent more time thinking about Caitlyn Jenner’s vulnerabilities than she has ever spent thinking about the vulnerabilities of trans children, and I assure you, I know where the power lies. Jenner is going to become the subject of a lot of ugly, transphobic commentary and Twitter jokes in the coming months, but she is not the one who will be harmed. If anything, she’s likely to benefit. Our media enjoys making spectacles out of “bad” women, and that will make Caitlyn Jenner ubiquitous for as long as she’s running for office. In fact, it may make her governor. The game of being loudly offended by an unqualified celebrity candidate, while also amplifying every single one of their offensive statements, has vaulted at least one to undeserved power.

Silence won’t work. Shouting the wrong things, for the wrong reasons, won’t work either. The only answer I know is to get angry at what Jenner is saying, and not at her; to protest the transphobic structures that elevate her, and to direct the brunt of our criticism at the way conservatives strategically amplify Jenner’s voice to drown other trans people out. I am less angry at Caitlyn Jenner than I am at the fact that, as of this week, the single most visible trans woman in politics is Caitlyn Jenner. I hope to oppose her when necessary, and when it’s not, I hope to look away.