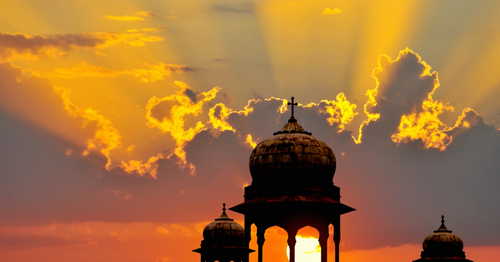 Earlier this month, reacting to a decision by India’s highest court, prominent comedian Kunal Kamra tweeted that India’s Supreme Court is the “most Supreme joke of this country.”

The following day, local media reported that Attorney General K. K. Venugopal greenlighted court proceedings against the comedian, based on a few tweets criticizing the Supreme Court. The charge levied against him: contempt of court. Kamra has refused to apologize for his tweets and local reports indicate proceedings have yet to begin.

This should be shocking, but unfortunately it’s not. In India, speaking out on the Internet can be dangerous. Kamra told CoinDesk that public figures can receive threats on social media, noting that users leaked his phone number on Twitter multiple times. “They dox people, they release information sometimes. … That’s very normal,” Kamra said.

A similar dynamic plays out in India’s crypto market. Trade on Indian crypto exchanges exploded earlier this year after the Supreme Court ruled to reverse the decision by the country’s central bank (RBI) to ban local financial institutions from providing services to crypto firms. Now, just a few months later, the federal cabinet is reportedly discussing another potential ban.

While regulators haven’t clarified their stance on digital assets, they have expressed concern over the fiscal and monetary policy implications of fintech applications, including distributed ledger technology (DLT). Regulators have continued to push for local control over fintech payment platforms like WhatsApp Pay, which received approval from the Indian government only after owner Facebook agreed to store user data locally in India and not offshore.

This is part of a much broader trend. Kamra’s case is the latest in a series of targeted attacks on internet users in the country. In a 2019 report, Freedom House warned internet freedom in India had declined “for the fourth year in a row” due to increasing arrests for online activity and frequent internet shutdowns.

Localized internet shutdowns, restrictions on certain content (like pornography) and wholesale bans on select mobile applications are some of the more visible ways in which the Indian government has sought to control the internet. According to a report by local media outlet Mint, in 2017 and 2018 at least 50 individuals were arrested for comments made on social media, largely for posts considered offensive to politicians.

India’s digital ecosystems, from cloud computing to digital payments, are expanding. According to a report by consulting firm McKinsey, core sectors of the digital economy could double their contribution to India’s GDP by 2025, adding up to $435 billion.

“Digital India has become a way of life, particularly for the poor, marginalized and for those in government,” Prime Minister Modi said.

Reasons for the crackdowns range from anticipated public unrest to curbing malpractice in school examinations. This blunt-force approach can also lead to monetary loss for businesses and the disruption of web-based services.

The longest internet shutdown ever recorded in a democracy was implemented by the Indian government in the disputed Kashmir region after the Modi government revoked the state’s semi-autonomous status in August 2019.

Indian officials justified the extended ban by calling it a necessary move to curb anticipated unrest that might have followed the administrative decision. While services were gradually restored, the blackout lasted over seven months and disrupted some 12 million people’s access to the internet.

Qazi Zaid, chief editor of Free Press Kashmir (FPK), a local media outlet, said his newsroom had to be shuttered during the blackout. The primarily online publication halted all coverage and risked losing its online readership of over 300,000 people, Zaid told CoinDesk.

When phone lines were restored, reporters called each other and dictated stories in an attempt to type and publish them, he added.

“But then we also realized that our audience is not there,” Zaid said.

While FPK managed to gradually come back online in May this year, the blackout had hit local businesses and dried up advertising revenue, Zaid said. He stressed that media censorship in Kashmir hasn’t changed so much after last year’s decision to revoke the region’s special status but it may have been further formalized under recent amendments to digital media policy, giving the government regulatory control over digital news and content providers.

When the Indian government wants to shut the internet down, it sometimes invokes a 135-year-old law: the Indian Telegraph Act of 1885. The act was created by the British rulers in colonial India to curb uprisings, Indian journalist Sonia Faleiro said in a recent MIT Technology Review podcast. The law gives the government authority over all forms of electronic communications (in 1885 that meant telegrams) in the event of a public emergency.

“In 2017, the law was amended to specify that it allowed the temporary suspension of telecom services,” Faleiro said.

One of the many problems with the law, Faleiro added, was it did not specify or define “public emergency,” thus allowing the government to label any incident as such and shut down communications.

Additionally, a controversial 2008 amendment to The Information Technology Act of 2000, Section 66A, allowed the government to imprison any person sending messages deemed “offensive,” “menacing,” “false” or “causing annoyance” through any electronic communications device. Using this law, in 2012 the government arrested two women for Facebook posts critical of the government.

In 2015, the Supreme Court of India shot down Section 66A, calling it unconstitutional. However, arrests over social media activity continued: In 2016, a Kashmiri man was charged with sedition for liking and sharing anti-India posts on Facebook.

When border tensions continued, leading to an Indian soldier reportedly being killed by a Chinese landmine, the Indian government restricted 118 more mobile applications from Chinese tech companies in September 2020.

The government’s statement alleged it had received “several reports” of these applications misusing user data and “surreptitiously transmitting” it to servers located outside India.

Described as a move to ensure “safety, security and sovereignty of Indian cyberspace” in the government’s September statement, the restrictions took aim at apps from WeChat, Baidu, Alipay and the popular mobile game PlayerUnknown’s Battlegrounds (PUBG), which had over 33 million active users in India at the time.

While the restrictions could have been a knee-jerk reaction to a geopolitical situation that has since cooled down, concerns about the integrity of user data and government surveillance on the internet have persisted as India works on the proposed Personal Data Protection Bill (2019).

According to Anirudh Burman, associate fellow at Carnegie India, the draft law, introduced in December 2019, deploys an approach quite similar to the European Union’s General Data Protection Regulation (GDPR).

Burman explained that although both frameworks are based on a user-consent model, the Indian bill limits data storage outside the country’s borders and also creates compliance requirements that could burden small enterprises.

The draft law’s requirement to store certain types of data locally or always have a copy of it available on local servers has also stoked fears of increased state surveillance, according to a report by DW. Requiring platforms to store data locally could also afford easier access to local law enforcement which, if stored off-shore, would be subject to a different set of laws.

“U.S. law permits the disclosure only of non-content data. So if you want detailed subscriber information or content data, then you have to go through the due process,” said Burman. Content data here refers to data, processed or unprocessed, that can convey the substance of a communication.

The draft bill also provides for the creation of a dedicated body, the Data Protection Authority of India, to ensure compliance with the law. A portion of the legislation also grants the federal government the power to “exempt any agency of Government from application of the Act,” thereby creating broad loopholes for the state to duck requirements levied on private enterprises.

The draft law, India’s first attempt at creating a digital privacy and data management framework at the national level, is currently before a joint parliamentary committee. The committee also recently held discussions on law with representatives from companies including Amazon, Twitter, Mastercard, Visa and PayPal.

Reported to be in the final stages of discussion, the committee is expected to file its recommendations on the bill before the next session of parliament begins.

Despite the Indian government’s efforts to exercise control over cyberspace, internet policing can only go so far.

Vikram Subburaj and Arjun Vijay launched Indian crypto exchange Giottus in 2018, just a week after the central bank of India published a circular that banned crypto firms from having bank accounts. Confronted by the ban, they pivoted to setting up a peer-to-peer exchange.

In March 2020, the Supreme Court of India overruled the central bank circular and, according to the two founders, Giottus has enjoyed record growth in the last six months.

“We have been growing at a phenomenal rate of 400% YTD and have been clocking a monthly trade volume of $33 million,” Subburaj told CoinDesk via email.

“Censorship doesn’t work with respect to the internet. With VPN and sorts, it just makes it more difficult for you to access something, but it doesn’t prevent someone who wants to access it,” Vijay told CoinDesk.

Even in Kashmir, where students had to make do with government-imposed low-speed internet for their online classes during the coronavirus pandemic, people found workarounds. According to an Al Jazeera report, two applications (Filo and Wise) created by educators Mubeen Masudi and Imbesat Ahmad helped students access the Internet.

India’s government seems to understand the Internet is essential for the country’s growth. While authorities sometimes lean toward stringent controls, the government will not completely stamp out digital innovation. This is good news for the crypto industry.

As Neeraj Khandelwal, co-founder of local crypto exchange CoinDCX, told CoinDesk, “If there is no internet, there is no cryptocurrency, there is no blockchain, there is no technology. The internet is the crux.”