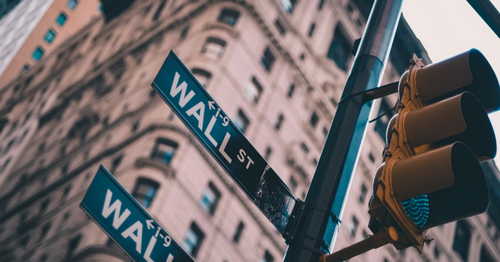 The research arm of New York-based AllianceBernstein, a global investment manager with $631 billion in assets under management, has had a change of heart when it comes to bitcoin as an investment asset.

In a research note produced for clients, seen by CoinDesk, Inigo Fraser Jenkins, co-head of the portfolio strategy team at Bernstein Research, said the firm had previously ruled out bitcoin as an investment asset back in January of 2018, soon after bitcoin had hit its all-time high close to $20,000.

But post-pandemic changes to the policy environment, debt levels and diversification options for investors mean the asset manger now has “to admit [bitcoin] does” have a role in asset allocation, at least over the long term.

Fraser Jenkins said the “significant reduction” in the volatility of bitcoin’s price makes it more attractive both as a store of value and as a medium of exchange. The pandemic has also seen a rise in bitcoin’s correlation with other major assets. On the other hand, he said, bitcoin is a liquid asset and can be quickly sold off, as happened during the March markets crash.

“From a narrow empirical point of view the downward shift in [volatility] of bitcoin makes it more desirable but its increased correlation points the other way,” Fraser Jenkins wrote.

When it comes to a role in hedging against inflation, “the driver of bitcoin is similar to that as for gold,” per the note, even if the cryptocurrency may not “exactly move in a way that would counteract inflation in a given fiat currency.”

Other issues such as use of cryptocurrency in crime and bitcoin mining’s heavy energy footprint were cited as concerns around the asset, as was increasing regulatory scrutiny.

There may be potentials issue for bitcoin in future too, according Fraser Jenkins. With the pandemic likely to make governments more powerful and take a bigger role in managing economies, if cryptocurrencies become much larger than today they may become “an annoyance for policymakers.”

“Cryptos do have a place in asset allocation… for as long as they are legal!” he said.

Ultimately, Bernstein Research recommends that bitcoin can comprise from 1.5% to 10% of portfolios, depending on the cryptocurrency’s monthly returns.

“The resulting allocation to bitcoin is low, but then within this simple optimization framework the allocation to some other asset classes is zero, so in that context bitcoin seems to empirically be potentially significant,” Fraser Jenkins wrote.