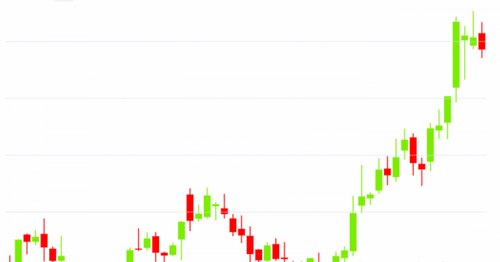 Alternative cryptocurrencies such as litecoin, Cardano and Chainlink are flying high Wednesday, as bitcoin takes a bull breather.

Litecoin traded at $195 earlier on Wednesday, its highest level since March 2018, according to CoinDesk 20 data. At the lower press-time price of $180, the cryptocurrency is up 8.3% on a 24-hour basis.

Litecoin’s network activity has picked up alongside the 25% price gain seen this week alone. The number of active addresses has risen to 231,973 – the most since June 5, 2020, according to data source Glassnode. Meanwhile, the number of new addresses has increased to a 22-month high of 101,862.

The uptick in the number of new addresses is widely taken to represent an influx of investors. However, it is not a perfect indicator, as a single user can own multiple addresses.

Other altcoins such as XRP, Stellar, bitcoin cash, and privacy-focused monero have also charted impressive gains over the 24 hours.

Meanwhile, bitcoin is trading in a range of $45,600–$47,400. The price action is typical bull market consolidation often seen after a notable rally.

Bitcoin cruised past the Jan. 8 high of $41,962 on Monday after Tesla disclosed purchases of the top cryptocurrency, and set new all-time highs above $48,000 early Tuesday. Traders expect more corporates to copy Tesla’s move, leading to a stronger price rally, although JPMorgan analysts played down the likelihood over bitcoin’s volatility risk.