Why do I love the dark stuff so much? Like most of the world, I just finished watching Mare of Easttown. If you haven’t seen it, it’s a murder/police procedural set in small-town Pennsylvania.

The end of Mare gave me time to return to my ongoing show, Ozark, which is not a murder show per se, but the body count is reliably high. My favorite shows over the last few years have largely involved murders, too: Happy Valley (which really should have been named Unhappy Valley), Broadchurch, Spiral, Trapped, Homicide.

Before I fall asleep at night, I usually catch a few minutes of a murder podcast; my current one is Missing on 9/11, which explores the mystery of Sneha Anne Philip, who vanished from the known world on September 10, 2001. (My bet is that she was murdered.) Right before I conk out, I often read a few short Medium posts from the True Crime collection. Apparently, I have an appetite for the grim side of things.

Obviously, I’m not alone. Books, television, movies, and podcasts (oh, so many podcasts!) focus on murder; the fans are legion. I never really thought of myself as a crime junkie, but the proof is incontrovertible. I gravitate towards homicide in all of its forms. My husband likes to tease me about it, asking cheerily, “How’s your current murder going?” when I have my AirPods plugged in and that absorbed look on my face.

(I should make an important distinction here. I am not at all drawn to observe actual murder. I didn’t watch the video of Daniel Pearl’s execution or George Floyd’s murder. I read about both extensively; I care deeply about the stories set in motion by dramatic incidents but I don’t feel the need to view them — and indeed am nauseated by the prospect.) 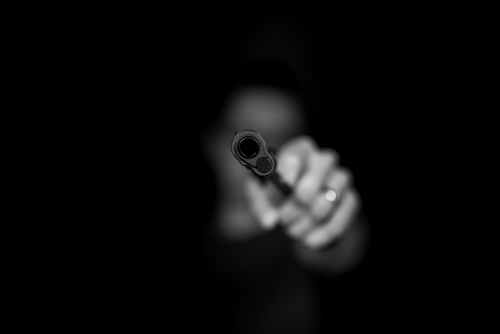 Much has been made about why we’re hooked on crime stories. The perfect equilibrium they strike is appealing: Person A inflicts harm on Person B, and Person C looks to avenge it/solve it. It’s the definition of drama, of cause and effect and repercussion. It demonstrates life-as-usual interrupted by the unusual.

It’s also the what-if experience come to life. Most of the people on both the giving and the getting side of murder are people I would be unlikely to encounter in my ordinary life, so the chance to peer into unfamiliar ecosystems is fascinating. What if I was a hitchhiker rather than a person who drove my own car? What if I led a secret life and feared being exposed? The crimes that occur between people whose lives I actually do recognize are also intriguing, because the what if isn’t a wild conjecture but something I can begin to imagine, and I detect the whiff of the possible.

Some people think we like these murder stories because we get to savor vicariously the forbidden thrill of doing something extreme. That’s a pretty pessimistic interpretation (suggesting that all of us watching Mare of Easttown secretly want to have incestuous sex and then kill the inappropriately-aged person we had sex with).

Maybe it’s no surprise that as a writer, I see the lure of homicide as being about narrative. With murder stories, the narrative is so clear, the arc so sharply etched. Observing that narrative is one of the few chances we ever have to experience a sort of omniscient perspective — we can see the before, middle, and after that the victim will never see. The piecing together of the narrative — the process of understanding who did what to whom and why — is the part of it that I am most interested in, probably because it feels so much like what writing requires, namely, untangling a mass of details into a smooth, logical flow. Maybe next time someone teases me about loving murder stories, I will just say I’m working on my craft.