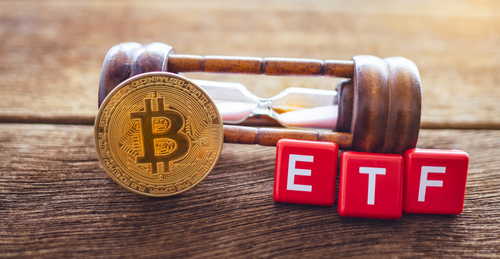 Bloomberg analyst Eric Balchunas has given his assessment on the Purpose Bitcoin fund, saying it could reach $1B AUM by Friday

The senior ETF analyst at Bloomberg intelligence gave his prediction after giving detailed analysis on the Canadian Bitcoin ETF. He also revealed that there was a possibility that the ETF could surpass the second biggest ETF in the country, which has an estimated $5 billion AUM.  Balchunas added it would come as no surprise to him if the Purpose Bitcoin fund went on to eclipse the biggest ETF, whose AUM currently stands at around $8 billion.

“Canada Bitcoin ETF $BTCC traded $350m (CAD+USD) today, a 40% jump from yesterday (defying typical Day Two dropoff) and 3x more than any other ETF (unreal). Proportionally speaking this is equiv to about $5b in volume in US (or about 7x more than $GBTC). Two-day aum est $330m,” Balchunas wrote.

The Purpose Bitcoin fund is the first-ever Bitcoin ETF to hit the North American market. In its first day of being live, the Bitcoin ETF traded around $80 million worth of shares. It transcended $420 million in volume after just two trading days at the end of last week. Following his analysis, Balchunas predicted that the ETF would touch $1 billion in assets under management.

“Also $BTCC will likely reach $1b in assets by the end of next week. The biggest ETF in Canada is only $8b. The second biggest is $5b. I wouldn’t be surprised if this passes one or both of them in next couple months (barring a nasty selloff, which is poss).”

Several financial institutions have recently submitted applications for Bitcoin ETF in Canada and the US. Evolve Funds Group is among the latest names to get approval for a Bitcoin ETF. The Bitcoin ETF (EBIT) was approved by the Ontario Securities Commission and started trading late last week. Despite the late debut, it had sold over 103,000 units at a price of $21.54 by close of trading on Friday.

Only the two carry the ETF label associated with crypto in Canada as of writing. That said, there could be a third as CI Global Asset Management completed a Bitcoin ETF filing application on Friday last week. Though Canada launched a Bitcoin ETF ahead of the US, its market is considerably smaller- a fraction of that of the US.

New-York based crypto firm NYDIG, Vaneck, and Dallas-based Valkyrie Digital Asset have also filed Bitcoin ETF paperwork in the US. None of them have been given the green lights by the Securities and Exchange Commission so far. However, many industry experts believe that the Biden administration will be more open to approving a Bitcoin ETF.