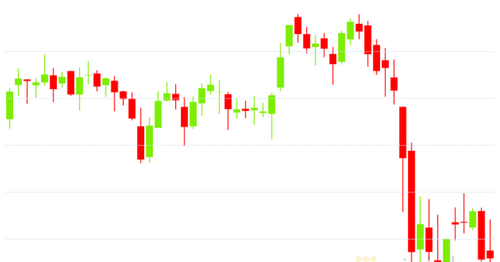 Bitcoin may have a tough time charting a V-shaped recovery to recent highs in the short term, with on-chain activity showing increased selling pressure in the market.

In other words, the average size of inward-bound transactions to trading platforms has risen to eight-month highs.

The possibility of prices falling to or below Thursday’s low of $16,327 cannot be ruled out with average inflows now moving above 2 bitcoin – into CryptoQuant’s “danger zone.”

An above-2.00 reading on the indicator has consistently paved the way for notable price drops this year. The indicator rose above that level at least a week before the 40% drop seen on March 12.

Similarly, the sharp sell-off seen in November 2018 was preceded by a sharp rise in the metric.

Technical chart studies indicate low odds of an immediate bounce to levels above $19,000.

Thursday’s price drop was backed by the highest sell volume (red bar) since June 1. As such, the pullback looks to have legs. Short-term momentum indicators such as the 5- and 10-day moving averages are now looking south.

Support is seen at $15,798 – the 38.2% Fibonacci retracement of the rally from September low to November high.