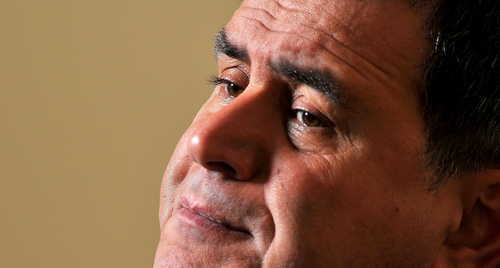 The U.S. Securities and Exchange Commission should be “looking to people” like Tesla CEO Elon Musk for market manipulation following the electric car maker’s recent decision to put bitcoin on its balance sheet, according to economist and prominent bitcoin critic Nouriel Roubini.

Musk has been tweeting about bitcoin and dogecoin in recent weeks, at one point updating the bio of his popular Twitter profile to “#bitcoin.” Tesla filed its annual 10-K report with the U.S. Securities and Exchange Commission Monday, saying it purchased about $1.5 billion worth of bitcoin (BTC, -5.76%) in January.

In an interview on CoinDesk TV‘s First Mover, Roubini warned bitcoin could “collapse” if Tether, the issuer of the tether (USDT) stablecoin, and crypto exchange Bitfinex are indicted this year. Tether (USDT, -0.06%) has an eye-popping $31 billion market capitalization, and is subject to multiple ongoing investigations, including from the U.S. Department of Justice and the New York Attorney General’s office. At the center of the DOJ’s criminal investigation into Tether as an organization is whether or not USDT is used to inflate the cryptocurrency markets.

Bitfinex claimed last Friday it repaid the remaining balance of a $550 million loan to its sister firm, Tether. In 2018, the exchange borrowed over $600 million from Tether, with which it shares executives and ownership. The transaction was made public in April 2019 after the New York Attorney General’s Office alleged Bitfinex lost $850 million in customer and corporate funds to payment processor Crypto Capital Corp., and used funds from Tether’s reserve to secretly cover the shortfall.

Roubini predicts the world will eventually “phase out cash” and the U.S. will create an “e-dollar.” Central bank digital currencies will allow central bankers to swiftly maneuver monetary policy, he said, and normalize negative rates in times of economic crisis.