Over the past 25 years, the internet has gone from a place of possibility and promise to a dreary slog. Nowhere is this more evident than in the evolution of Snopes.com, a website that once brought a great deal of joy to the internet explorer.

Since its founding in 1995 by husband and wife David and Barbara Mikkelson, Snopes’ mission of “debunking” has changed in ways both subtle and inexorable, from targeting urban legends like Bigfoot to unpacking QAnon conspiracy theories. The distinction may seem slight — both are false stories whose appeal lies in their capacity to spread and multiply — but a wide gulf separates their respective impacts. Understanding why the tools that work on urban legends fail to work on conspiracy theories is one way of understanding how our relationship to facts has changed, and it may offer some insight on how to rebuild a world of consensus instead of fear.

Snopes came on the scene at a time when a large portion of the internet consisted of email forwards. One I remember clearly from that era was Bill Gates’ “Beta Test,” an email chain letter that circulated endlessly in the late 1990s and early 2000s. It was a simple email, supposedly from Gates, regarding an “e-mail tracing program.” “I am experimenting with this and I need your help,” the email read. “Forward this to everyone you know and if it reaches 1,000 people everyone on the list will receive $1,000 at my expense.” This email and its subsequent variations were forwarded endlessly, often with the caveat “This is probably fake, but what do I have to lose?”

Around the same time, I was also getting forwards warning of HIV-tipped needles appearing everywhere. They were in Halloween candy, of course. (“Fun-sized” needles, one assumes.) But they appeared in less likely places as well, like in gas pump handles, so that when you went to fill up — boom, your finger was pricked with the kiss of death. I remember well a friend in grad school literally in tears as she explained how a child playing in a ball pit at a McDonald’s had stepped on an HIV-tipped needle someone had purposely buried there. (The child, apparently, died instantaneously.) The urban legend was persuasive enough that it found its way into Ridley Scott’s 2001 comedy Hannibal, where a racist caricature of a Black welfare queen is said to have a needle of her own HIV-positive blood hidden in her hair. 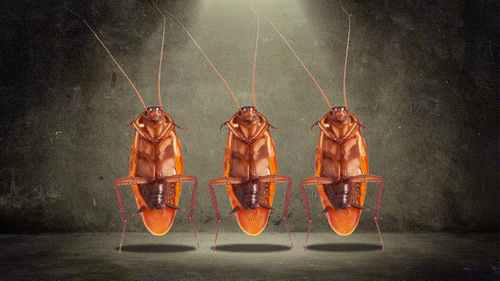 These viral stories were among the earliest reasons I can remember visiting Snopes. The website takes its name from William Faulkner’s Snopes clan, a diffuse and ever-spreading family intent on blotting out the Old South with crass mercantilism and joyless capitalism — a literary nod to the capacity of how lies spread on the internet, amorally and unrestricted. The Mikkelsons’ site offered not just a patient thoroughness in its debunking of urban legends and other falsehoods, but also a winking sense of humor. Reading Snopes’ early archives offers a nostalgic trip to our earlier ignorance, a simpler time when people thought that Axl Rose had just died — or was it Steven Seagal, or Britney Spears? It debunked the original Bill Gates email chain story, along with the HIV needle story multiple times.

Urban legends themselves are nothing new, of course. Long before the internet, there was The Hook: two teenagers on lover’s lane disturbed by a scratching on their car door, later revealed to be the hook-hand of an escaped serial killer. Or there were the spiders nesting in the woman’s bouffant hairdo that gradually ate into her brain, the alligators in the sewers, the Kentucky Fried Rat, and the babysitter who realized too late that the call was coming from inside the house.

Urban legends warn us that the world is a dangerous, terrifying place. Almost always, their subjects — the babysitter, the teenage lovers — are themselves naive and vulnerable, usually young and female, and the lesson of these stories is that these women’s lives are perpetually at risk. Like 1980s slasher films, urban legends titillate even as they push reactionary morals: It’s the women who veer out of their lane who end up in a ditch by the side of the road. These stories are about negotiating a new landscape, be it the open road or college, about what happens out there.

But once these urban legends moved to the internet, they became singularly vulnerable to debunking, and Snopes proved that sunlight was indeed a magnificent disinfectant. The power of an urban legend depends in part on its vagueness, but also its specificity. Folklorist Jan Harold Brunvald, whose 1981 book The Vanishing Hitchhiker was one of the first sustained examinations of urban legends, notes that a folk legend “acquires a good deal of its credibility and effect from the localized details inserted by individual tellers” — highway names, local landmarks, etc.

It’s this essential ingredient of urban legends that makes them susceptible to fact-checkers. Friend-of-a-friend stories lose their believability once you can Google the friend of a friend’s actual name, and they lose much of their power once you can trace how they’ve mutated and spread, placing each story alongside all of its various variants. Snopes was able to build its reputation and its following on this pretense — that diligent research could discredit even the most virulent of stories.

Reading Snopes in the era of urban legends reassured us that the world wasn’t as scary as we thought, but it did more than that. Urban legends also have the capacity to generate shame. Believing them is seductive, but as soon as one is debunked, you might feel dumb and sheepish for thinking you could ever believe it in the first place. Snopes allowed us to feel superior to those who’d been duped while covering up our own gullibility. It was the lights in the theater coming on after the horror movie—reassuring, but in a way where no one ever had to know how scared you were in the dark.

Learning not to fall for urban legends was a kind of rite of passage in the early internet. Not only was discovering the truth pleasurable, it created a community of truth-seekers. Readers of Snopes were the smart, savvy consumers of the internet, equipped to navigate it without falling for nonsense.