It has been one year since I’ve been properly hugged. I have never been a casual hugger, and yet it was this fact I kept coming back to as we approached the first anniversary of the pandemic.

Or, rather, the fact kept coming back to me, swinging in like a wrecking ball, bringing with it the reality that I have had to survive 12 months of global death and uncertainty without the simple, basic, fundamental comfort of being held.

It is never lost on me that this sort of deprivation is, to some degree, a punishment inflicted on criminals, or at least the incarcerated. Or that extreme isolation is considered by many to be a type of torture. And while my life is by no means comparable to that of a person in solitary confinement, there have been many moments this year where the lack of human contact has certainly felt punishing. One year in, the fact I’m able to put an exact date on the state of my untouchableness has been surprisingly overwhelming. The number has added weight to this thing that has already felt unbearable.

Even under normal circumstances, it can be tricky talking about the difficulties of being alone without prefacing your experience with a slew of caveats. The pandemic has taken a baseball bat to the lives of almost everyone whose name is not Jeff Bezos, and especially to the livelihoods of women, particularly Black women and women of color. It feels easier to stay silent than to wade into the endless, futile conversation about who’s had it hardest during the past year, as if suffering were a limited resource with a finite amount of it to go around. We have all been suffering, in different ways.

Even with this awareness, I learned early on to limit my social media feeds and to trim out or mute photos of people embracing family members. Regardless of whether I was on the receiving end of multiple texts from some of these same people telling me how they were losing their minds while cooped up with their family, unable to step away from their children, reconsidering the decision to marry, to parent, or watching in horror as their careers slid away, I could not get past the simple fact they were being touched. Daily.

It was not a reasonable reaction. I knew this. Though what has been reasonable this year? Photos of family quarantine time were not the equivalent of, for instance, myopically posting vacation photos during shutdown, which some people still inexplicably insisted on doing. But it felt like that to me, unnecessarily adding to the sense that I was living in some sort of sensory deprivation tank, alone and disconnected, on a timeless flight away from the formerly vibrant life I’d so carefully built and enjoyed. 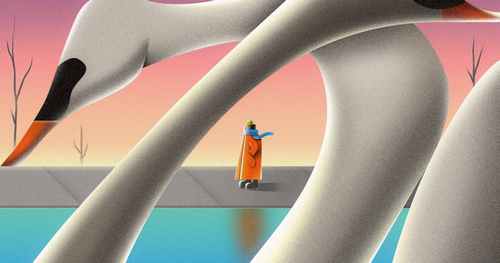 It feels easier to stay silent than to wade into the endless, futile conversation about who’s had it hardest during the past year, as if suffering were a limited resource.

This sense of isolation reached a peak this past Valentine’s Day, when I found myself marveling with rage over how many people felt it was appropriate to post photos of themselves embracing loved ones. Had they not considered, were they not aware of how many people had been locked up alone? Separated. Untouched. Of course, I’m aware, even as I write this, that it was unreasonable to expect otherwise. Valentine’s Day may be a foolish holiday created by capitalists, but its existence is not actually a crime against humanity, even if that’s what it felt like this year. Despite spending much of the day wanting to hurl my phone at the wall, I knew that many of those people were just doing what people do on social media: using it to convince themselves they like their life by way of having an audience “like’’ a version of their life.

And yet I couldn’t help but wonder (cue Carrie Bradshaw’s pandemic voice) what the response might have been if I’d spent a year capturing all my alone time — stretches of uninterrupted silence, my ability to lie on the couch undisturbed — and sending it out into the social media ecosystem. If I’d posted as if I were unaware that so many people were being pushed to the breaking point by their very lack of this. As if I were a person devoid of empathy during a time that has, if nothing else, forced us to consider all of our actions.

I wondered what might have happened if I’d said yes to the editor who asked me to write a piece about how this year had made me even more grateful that I was not married, did not have kids, and was not daily trapped by both, forced to watch my career sail out the window, possibly never to return. About how some of the life decisions I’d made, widely disregarded for most of history, now seemed extremely intelligent and farseeing. I turned that particular assignment down, because I am not a heartless asshole. It’s actually not hard not to be a thoughtless asshole, I sometimes want to say to people. But why bother? Easier to just mute posts. This sucks for everyone.

This is what happens when you spend a year primarily alone. You end up consuming a lot of yourself without any intervention, like the snake eating its own tail, endlessly. And when anxiety or fear threaten, you rage against yourself, because it is easier to do than hug yourself, which was recently recommended to me by a therapist. Being held is so necessary to our mental health, it turns out, that embracing yourself is better than going without. To be this alone — real-world alone, not Zoom alone — means that you, and just you, are responsible for the contours of your own identity and presence in the world. There’s no one to butt up against, no one to help hold you accountable, hold you together. No one to react to you even in the most basic of ways.

It’s a preview of getting old as a woman, a friend said to me over Zoom a few weeks ago. You become invisible to the casual eye. My pre-pandemic life cured me of the fear that age had pushed me to the verge of invisibility, but this past year I have found myself embodying old-lady behavior at an astonishing rate. Old age makes sense now. Much like the 70-year-old woman ahead of me at the post office the other week who whipped out photos of her grandchildren for the postal worker to look at, I too am constantly striking up conversations with anyone I come across. Making dumb jokes. Standing too long in the checkout line, discussing literally anything with the person in front of me, behind me, across the aisle. I miss small talk. I miss crowded bars with strangers. I miss packed subway cars. I miss being bumped into. God help me, but I even miss Times Square. The old Times Square, jammed with clueless, slow-walking tourists. It’s come to that, as they say.

Much like the people in the 1980s who wrote heartfelt letters to their favorite soap opera characters as if they were real, I find myself having entire conversations about television shows — and often only about television shows — with my friends. I have become a person consumed with gossip, and not good gossip. Not the gossip that reveals the shifting nature of power and privilege. Gossip like what sort of overcoat Katie Holmes wore yesterday. A year ago, I couldn’t have accurately identified the Kardashians in a lineup. I am no longer that person.

In this, I am not alone. Everyone I know is desperate for some sense of life outside our own little worlds. However, I’m not sure those few weeks where I watched so much of The Daily Show that I talked to Trevor Noah as if he were actually living with me qualifies as gossip so much as delusion born of desperation to interact with someone, lest all my emotional muscles petrify from lack of use. Even pretend use. All my real-life interactions — my friendships did not dissipate and kicked into even higher gear last March — have been relegated to screens for the most part; it doesn’t seem like that big a leap to create a relationship with a person who exists only on a screen. These are the sort of last-resort measures we scoff at when they manifest in older people, as if age disqualifies emotions. But the lived reality is brutal.

And yet perhaps nothing was quite as brutal as the sense of abandonment that accompanied the disappearance of New York practically overnight. It is a tiresome trope to compare New York to spouse or partner, and yet it was hard not to take personally the speed with which people left the city. (And then not to be filled with rage when, from afar, they encouraged the ones who remained to patronize their favorite restaurants so they’d still be here when they got back.) To not be overwhelmed by the sense that I, personally, was being discarded.

And so, left suddenly without anyone in my life to hold onto, literally, or to hold onto me, again literally, I did the only thing I was able to do. I grabbed the parts of the city available to me and didn’t let go. This meant doing a regular food bank volunteer shift; a good antidote to feeling bad about one’s life is to help an 80-year-old woman load up her shopping cart with groceries too heavy for her to lift so she can wheel them home and share them with her neighbor. I now clean up Central Park for three hours every week; if there had been a way to literally sow myself into the city this year, I would have done it, if only for the visceral sensation of being held onto. Some of this work has now made me eligible for the vaccine, which itself is a tethering—to both the well-being of others and the future.

I have often complained that there are no widely recognized rituals for people who are outside marriage and parenthood. Be careful what you wish for, I guess, since marking this pandemic anniversary, along with the rest of the world, is not what I had in mind. It certainly doesn’t help that I have an inordinate number of people in my life born in March. Since the beginning of the month, my calendar has been littered with birthday notifications, which pop up every few days, sometimes multiple times in one day for different people. This year, those reminders feel like cruel schoolyard tauntings about all the rituals I have been severed from.

Four years ago, March also became the month my mother died, her date of death irrevocably woven into the same week that marks the births of a number of people who have played mothering roles in my life. Being reminded of that strangely helps. Where death is an end, a true severing from the hope of being touched again by the hands we knew first, this year, for those of us who survived it, was merely a pause. We will eventually be reattached. I will, someday, probably sooner than I realize, loathe Times Square again with every fiber of my being. I hope, however, I will remain a person who is happy to look at the photos of someone’s grandchildren and who is patient with the sort of small chitchat that makes people feel recognized, even if it means holding up the line at the post office.