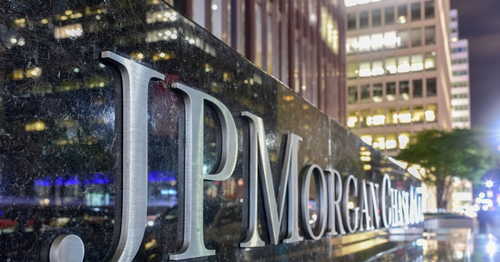 “The main issue with the idea that mainstream corporate treasurers will follow the example of Tesla is the volatility of bitcoin,” JPMorgan strategists led by Nikolaos Panigirtzoglou wrote in a note reported by Bloomberg on Wednesday.

However, according to JPMorgan’s strategists, a corporate portfolio’s risk levels would rise significantly even with a small exposure to bitcoin, and that could keep other companies from buying in.

“Corporate treasury portfolios are typically stuffed with bank deposits, money market funds, and short-dated bonds, meaning that annualized volatility – or the range of swings during the course of a year – hovers around 1%,” JPMorgan wrote, adding that a 1% bitcoin exposure would cause a significant increase in a portfolio’s volatility to as much as 8%.

The bank’s strategists, however, acknowledged the positive impact of Tesla investment on the bitcoin market. “There is no doubt that this week’s announcement changed abruptly the near-term trajectory for Bitcoin by bolstering inflows and by helping Bitcoin to break out above $40k,” they said.

JPMorgan had turned bearish on bitcoin last month following the cryptocurrency’s failure to keep gains above $40,000. Bitcoin spent three weeks in the $30,000–$40,000 range after setting the then-lifetime high of $41,962 on Jan. 8.

The breakout from that range came Monday following Tesla’s announcement. At press time, bitcoin is changing hands near $46,842, little changed over 24 hours.