Vaccination mandates are the new political battleground. And now cruise lines are caught in the middle. One of the most important stories in American politics right now is the growing fissure between Republicans and big business, which historically was the constituency that Republican politicians, at least, were most invested in protecting.

The tension between the GOP and big corporations arose because of the emergence of what’s sometimes called “woke capitalism,” with companies taking positions at odds with Republicans on issues like LGBTQ rights, abortion, and, most recently, voting rights. But now that tension is being aggravated by a new issue: Covid vaccination requirements.

Even as widespread vaccination has helped bring down Covid infection, hospitalization, and death rates across the country, vaccines have — like seemingly everything else these days — become a partisan issue, with a surprisingly high percentage of GOP voters saying they either definitely will not get the vaccine or are still hesitant to do so. And while most high-profile GOP politicians (far-right outliers like Marjorie Taylor Greene aside) describe themselves as pro-vaccine, they’ve seized on an opposition to vaccine mandates as a way to cater to vaccine skeptics.

Texas senator Ted Cruz, for instance, plans to introduce a No Vaccine Passport Act, which would prohibit not only the government from requiring people to get vaccinated, but would also ban businesses from requiring employees to be vaccinated or customers from having to show proof of vaccination. And the office of Florida governor Ron DeSantis, who recently signed a law banning businesses from imposing vaccination requirements of any kind on employees or customers, has said that if cruise lines attempt to require their customers to show proof of vaccination, it could cost them millions of dollars in fines.

What’s fascinating about these legislative initiatives — which have been mimicked in other Republican-controlled states — is that even though the GOP is putatively a pro-business party, they’re utterly indifferent to the rights and needs of businesses. Republicans often complain about how Democratic regulations “strangle” businesses. Yet in this case, the GOP is showing no hesitation at all about using the power of the state to coerce businesses into not doing what they think is best for their bottom line. 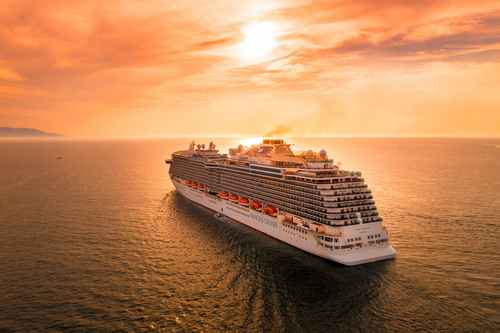 This is not simply an abstract issue for companies. In the case of the cruise lines, for instance, they only got permission from the CDC to resume cruises by promising to vaccinate all crew members and 95% of passengers. And even if they didn’t have to follow CDC guidance, it’s likely they would have required proof of vaccination anyway in order to reassure customers that they weren’t about to spend a week on a floating petri dish. DeSantis’ insistence that any vaccination requirement could result in a $5,000-per-person fine, though, effectively means that the cruise ships cannot leave from Florida ports.

That would be, of course, bad not just for the cruise lines, but also for Florida itself. The same is true of DeSantis’ insistence that airlines that require employees or customers to be vaccinated will be in violation of the law. DeSantis may well be anticipating that courts will find that the Florida law is superseded, in the case of cruise lines or airlines, by federal law, which regulates both international and interstate commerce, so that his political posturing won’t actually have any negative economic effect on the state. But at the moment, GOP states are both trampling on their supposed devotion to laissez-faire, and potentially hurting their own economies, and in the process hurting public health by making it less likely that people will get vaccinated. It’s a bad-policy trifecta.

It’s a bad policy, though, that appeals to the only people that politicians like DeSantis (who clearly has presidential aspirations) and Ted Cruz care about these days: hardcore Trump-supporting conservative voters, who who determine who wins Republican primaries in red states. If catering to these voters on the issues they care about means tossing over the interests of other traditional Republican constituencies, like big business, or even doing damage to the economy, GOP politicians are increasingly willing to do it. In these states, it’s Trump voters’ world. Everyone else is just living in it.