The US Fed chairman, Jerome Powell said that 2021 is an important year for the Digital Dollar project as the Federal Reserve intends to seek public opinion very soon. He made this statement yesterday while speaking before the House Committee on Financial Services.

Central bank digital currencies (CBDC) are being discussed globally as many central banks are either actively developing their CBDCs or researching their effects on financial stability. The US is currently looking at the economic and security impacts of the proposed Digital Dollar, and Powell said the Federal Reserve would soon seek the general public’s opinions.

Powell said, “2021 will be the year that we engage with the public pretty actively, including some public events that we are working on, which I’m not going to announce today”.

The Fed chairman said that the central bank wouldn’t make any unilateral decisions and later inform the public about it. Instead, they will seek the opinion of the public and the lawmakers regarding the CBDC. Powell said there are policy and technical issues to iron out regarding the Digital Dollar. While they intend to seek the public’s opinion on the policy aspect, the Federal Reserve will continue to work on the technical aspect. 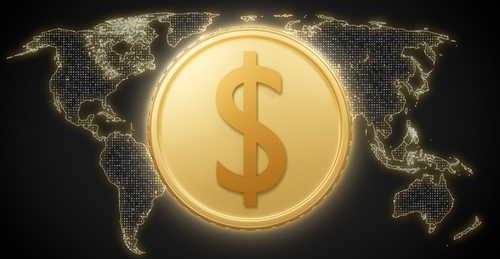 Powell assured members of the House Committee on Financial Services that the Federal Reserve will collaborate with other central banks around the world. However, he maintained that the Fed would design an efficient Digital Dollar that wouldn’t undermine the healthy market function.

Although the Federal Reserve is working on the Digital Dollar, it might need the authorisation of the lawmakers to proceed. Powell said it is unclear the direction they intend to follow at the moment.

Powell’s remarks came shortly after his appearance before the US Senate Banking Committee. At this hearing, Powell told the senators that the Fed is carefully assessing the possibility of rolling out a Digital Dollar. However, he maintained that stablecoins and other digital currencies wouldn’t affect monetary policy transmission.

Several countries globally are actively developing CBDCs or researching them. The rise of cryptocurrencies and stablecoins has motivated central banks to develop their fiat currencies’ digital versions.