Travel and play – it’s something that a lot of people dream about. But if you live to travel, another option to consider, is travel, work and play.

Choosing your career wisely can enable a travel addiction. While travel writer may be an obvious choice, many people in the sciences travel frequently for research and conferences – or at least they did pre-pandemic. While the future is uncertain, there are still opportunities to head overseas to work, which can give you a great jumping-off point for new adventures and experiences.

Since June 23 marks International Women in Engineering Day, celebrating the achievements of women in engineering and the geosciences, Family Fun Canada is looking at where work can take you, through the eyes of two travel-wise Canadians – one an engineer, and the other a hydrogeologist.

Engineer Danielle Tardif has travelled the world for work and pleasure. Her work has taken her to Paris and South Korea, and she counts the people she met overseas as lifelong friends. 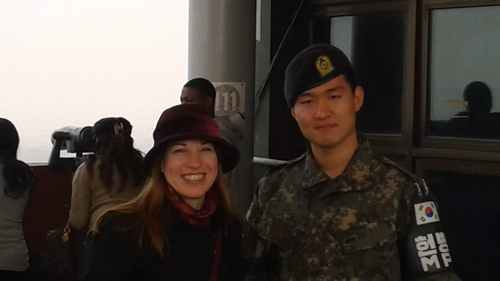 “That was my lifelong dream, to be an ex-pat,” says Tardif, an adopted Calgarian who is originally from Lac Mégantic, Quebec. “It’s different to travel for fun and to travel for work. It’s a lot better to travel for work because you have enough time to make local friends.”

It was easy for Tardif to make friends in Paris because she speaks French. But she also made good friends in South Korea.

“When you make local friends, you understand the local culture a lot better, and that helps in your work as well,” she explains. “Making local friends is key to integrating well in a new culture.”

While in South Korea, Tardif travelled to Japan three times and was able to set foot in the demilitarized zone between South and North Korea, something few people get to do.

For families, Tardif says there are no roadblocks to working and living overseas. “Quite the contrary – having children is actually a door opener when you work and travel,” she notes. In South Korea, most of her colleagues were ex-pats from France, and most of them had children.

Now back in Calgary after years away in France and South Korea, Tardif’s current role is as an operations coordinator at Clean Resource Innovation Network, a network of networks whose vision is for Canada to be the leader in producing clean hydrocarbons from source to end-use.

She has seen a big difference in the role of women in engineering since graduating from university in the late 1980s when she was the only woman in her class.
“The biggest difference I find is that women can be themselves now,” says Tardif, who holds a Master’s degree in engineering and an MBA. “Now, it’s OK to be different and have a different style of leadership.”

Her top advice for those who are thinking of combining travel and work: “Make the decision to just go. The moment you make the decision, things start happening. And once you’ve left, you’ll never regret it. Don’t set your own limits,” Tardif says. 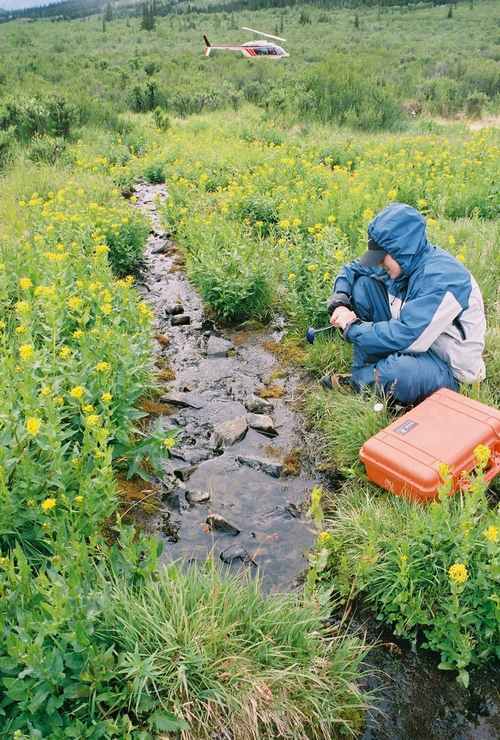 Melanie Myden is a senior hydrogeologist who lives in California and travels the world to work, play and volunteer. Working from home in the US she continues to have ties to Canada, working with Calgary based company Higher Ground Consulting remotely.

Born and raised in Calgary, Myden went north while she was in university – to the Northwest Territories, Yukon and Nunavut – spending her summers doing field work for the Geological Survey of Canada. Her first job after graduating, armed with a Master of Science in hydrogeology from the University of Calgary and her professional geologist designation (P.Geol./P.Geo.), was with an engineering consulting company in Calgary.

Then she and her husband left Canada for the Middle East, living in Dubai for two years and working on projects in Oman and Qatar. In 2012 they moved to Perth, Western Australia, where they lived for four years before returning to North America. 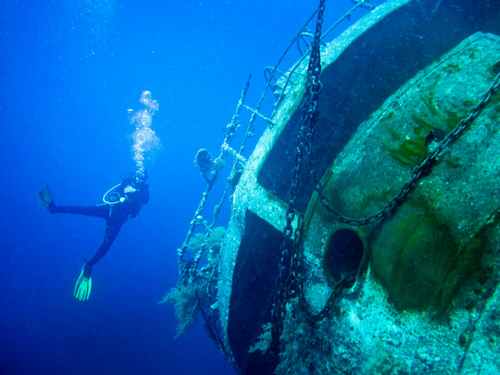 “Now, we have a network of people globally,” Myden says. “Once you’ve done it, the rewards are worth it – the opportunity to explore new cultures and explore a new work environment.”

She strongly encourages young women who are interested in the STEM fields (science, technology, engineering and math) to pursue a career in engineering or geosciences. “They both have such diverse fields and opportunities, both within Canada and internationally. Ignore the stereotypes, and allow your motivations and inspirations to be the sole driving force behind what you choose to pursue.”