During every uprising, there are these questions raised about its value; a version of the shouting match Sal and Mookie have for a bit at the end of the film. How did this wave of the uprising begin, and is that cause worth whatever destruction might come as a result?

The beginning is a tricky question, one that Do the Right Thing attempts to answer thoughtfully. The film’s violent final act begins when Sal takes a baseball bat to Radio Raheem’s boombox after Raheem refuses to turn his music down while ordering. This is the breaking point, the moment that cannot be walked back.

But the film also deals in a series of smaller escalations, where a beginning cannot really be marked but for an understanding that Sal himself is operating in a neighborhood, serving clientele he and his family have inherent disdain for. There is even another beginning there, one that we don’t see, one that occurred before we meet Sal or his family, before they (presumably) had to deal with the shifts of their neighborhood.

A trash can through a window seems reasonable if one is to understand what a block full of people had been witness to.

But the pivotal escalation — Sal smashing Raheem’s boombox and everything that follows — sparked a rage in even the teenage version of myself watching the uncensored version of the film unfold. Even beyond Sal shouting racial slurs before bringing the bat he was wielding down on Raheem’s boombox, causing the music to slow and then warp and then die as the machine fell to pieces. I was familiar with the look of Raheem in the aftermath of the boombox’s destruction, turning from awe to sadness and then to rage. It felt right, in the moment, that Sal should have to face some retribution for his escalation. And it felt right that Raheem would pull Sal over his own pizza counter and throw him to the ground, grabbing at his neck. 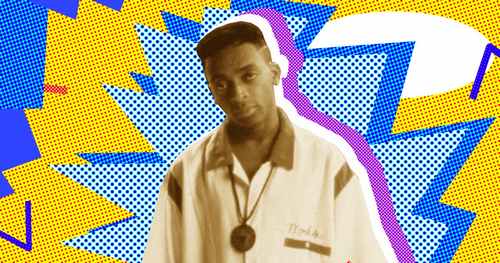 By that point in my life, I had already become familiar with the ways people (often white) crossed lines and did not have to deal with any immediate consequences for their line-crossing. Raheem’s actions seemed more than reasonable. There is an ache in understanding that through his rage, Raheem was feeling heartbreak and loss. When the cops drag Raheem off of Sal after the two tumble outside, you hear Raheem shout at Sal, asking why he had to destroy his stereo.

A trash can through a window seems reasonable if one is to understand what a block full of people had been witness to. Radio Raheem is placed into a chokehold until he succumbs to it, and then he’s kicked while dead on the ground, the police looking around nervously and insisting he’s faking it. When presented in its uncensored form and not just a scuffle in a pizza shop leading to a trash can through its window, the negotiations made in the midst of Do the Right Thing’s closing moments make sense. Radio Raheem is gone, his boombox is gone, and there is Sal. Still living, an extension of the police who rescued him.

Whenever conversations about the righteousness of rage and the protection of property emerge, I think back to Mookie’s calculation in the film. The moment when the action around him seems to slow down and he considers the math — the negotiation of what he’s just seen, the day he’s endured already, and the days that have undoubtedly existed before it. When the negotiation becomes about where to place anger, not just about murder but the conditions that allow for racialized violence, severing yourself from a racist boss by putting a trash can through a store window seems reasonable.

Tearing a physical site of prolonged racism apart can seem reasonable. Lighting a match seems reasonable. It makes sense to me now, of course, why the network television would skip over the death of Radio Raheem. Why they wouldn’t show his dead body, hauled off in the back of a police car. So much turns on that moment in the movie. In a series of escalations, all parts must be shown to make sense of the mess that ensues. To omit a pivotal part such as Raheem’s death serves the narrative of whiteness as a victim of Black anger.

There’s a moment at the very end of the film where Sal and Mookie’s shouting match dies down and something like a tense affection is revealed. When Mookie asks for his final pay of $250, Sal balls up five $100 bills and throws them at him. Mookie throws two back, claiming he’ll get Sal $50 later. The two argue about which of them should pick up the $200 on the ground. Eventually, they calm down. Sal asks if Mookie is sick, with a tone that suggests at least a small level of care creeping up over his anger. Mookie says feeling fine; it’s just the sweltering temperature that’s getting to him.

The pizza shop is a burned-out shell of itself. The trash can Mookie used to break the window — the trash can that sparked the pizza shop’s demise — is still on the ground near Sal’s feet. Sal tentatively but gently looks at Mookie and says, “They say it’s gonna get even hotter.” And then they part, somewhat amicably, amid the rubble of the storefront. But the film’s true ending happens right after. The camera pans up, and the neighborhood’s Black and Brown residents are greeting the morning as they would any other, carrying on with basketballs in the street and church clothes on the sidewalk. A corner of their world pulled apart in the night before, but only a corner.