In October 2016, two days after Trump’s “grab them by the pussy” Access Hollywood video surfaced, Moore broke with the male evangelical pastors who made locker-room excuses for Trump’s behavior and tweeted her opinion of the situation.

After the tweet, Moore’s book and ticket sales dropped. According to Religion News Service, Living Proof lost more than $1.8 million between fiscal years 2017 and 2019. Being outspoken had a cost.

Male evangelical leaders asked her to recant. Breitbart complained she was “standing in the gap for Hillary Clinton.” Moore got bolder about discussing her own childhood sexual abuse. Her Twitter feed became a home for conservatives unwilling to cheerlead Trump.

In remaining orthodox on other evangelical hot-button issues, Moore kept her influence among evangelical churches and created ways for women to have these conversations within their church communities, notes Jesus & John Wayne author Kristin Kobes Du Mez. Yet Moore’s financial losses after speaking out about Trump show how deeply political orthodoxies mesh with religious ones for many of her readers. For some women and churches, political commitments superseded theology and their fandom of Moore.

Yet the impulse to speak up became urgent. In 2019, the Houston Chronicle and San Antonio Express-News published an exposé of sexual abuse within the SBC, creating a database loaded with hundreds of known abusers; at least 700 people were sexually abused and assaulted over 20 years at Southern Baptist churches. Pastors and church volunteers would be found out, leave quietly, turn up at another church, and start the cycle of abuse again. When the wave of survivors’ stories broke, predominantly those of women, social media flooded with outcries for reform and accountability. Moore, a childhood sex abuse survivor, had a unique platform. For SBC, validating Moore’s voice offered legitimacy as the denomination tried to show it was tackling the crisis.

But in the midst of the SBC’s public reckoning, Moore offered a diversion by tweeting about plans to speak on Mother’s Day Sunday. A pack of male SBC leaders came out scolding, reigniting a settled debate within a denomination where women preaching is banned. Now, willingly or not, the spat about Moore sermonizing offered up a convenient distraction from the sex abuse crisis at hand. 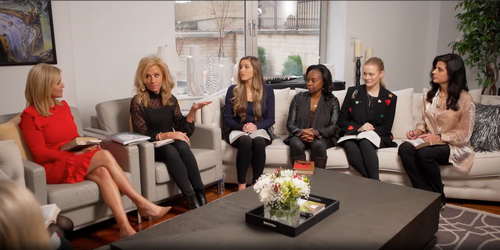 By the summer of 2019, the sidewalks outside the SBC’s annual convention in Birmingham, Alabama, were filled with survivors rallying to demand accountability over the abuse crises. They were not welcomed into the convention center. Moore was inside, center stage on a panel about abuse. At the convention, SBC president J.D. Greear called the abuse “pure evil.” Attendees held aloft new SBC sex abuse prevention handbooks; Greear wept.

Jules Woodson, an advocate whose youth pastor sexually assaulted her when she was a teen, stood outside among those not welcomed in. “Speaking on the outside felt lonely but not unfamiliar,” she told me, describing what it was like being outside while Moore spoke inside. “Myself and many others have been calling for action for years.” It was easier for SBC to feign ignorance of the abuse crisis, pass the buck, and protect their own rather than make meaningful change, she told me.

On the panel, Moore’s participation lent credibility to the denomination, making it look committed and as if it were listening to the voices of survivors. For some survivors, Moore’s growing outspokenness genuinely did help.

However, due to the heat over her alleged preaching, Moore revealed in her interview with Religion News Service that in that moment, she no longer felt welcome.

There’s a fine balance that women with any power within evangelical communities must maintain. (One Moore has seemed unwilling to threaten by overtly affirming LGBTQ people, for example.) Those allotted space as influencers get to do so because they make the theological positions of powerful men more palatable to women. Despite the SBC’s show of grief over the abuse crisis, the energy directed at Moore was far more focused on the threat of women preaching than the systems of abuse rampant in the nation’s largest Protestant denomination.

Later, Moore was asked if Southern Baptists’ complementarianism — a theology that God ordains different gender roles with men in positions of authority — causes abuse. She walked that fine line again and said no, “sin and gross selfishness in the human heart cause abuse.” Yet, she added, culture prevalent within “various circles of the SBC” made complementarian theology such a high, core value that it “became elevated above the safety and well-being of many women.”

Somehow, she could hold to the theology and damn its consequences.