Walk barefoot along a secluded beach.  Smell the salty, crisp, clean air. Savour lobster, scallops, clams, mussels and other bounties of the sea.

These and many more memorable experiences await you this summer in Atlantic Canada and the Maritimes. This year, in particular, it’s a great destination to consider when planning your summer vacation.

“It’s a safe place to travel on many levels,” says travel writer Sandra Phinney, author of Waking Up in my Own Backyard – Explorations in Southwest Nova Scotia. “Especially for families, there’s such a choice of both indoor and outdoor activities and programming.”

Atlantic Canada has wonderful campgrounds and outdoor activities that include kayaking, paddling, hiking and exploring lighthouses. Head out with an outfitter on a day-long or overnight excursion, inland or along the coastal waters. 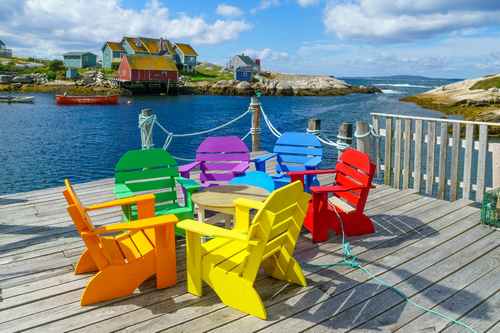 “The other thing I love about Atlantic Canada is that our cities are small,” Phinney says. “People are happy to share information on their favourite beach, where you can find the best lobster roll, and where you can go kite flying with your kids. They open up their hearts and make recommendations.”

Guidebooks are great too, with lots of information about galleries, museums and events. You can find out what local people do for entertainment – something is going on all the time in small communities. “It might be a bean supper, a ceilidh (a social gathering with music) or a little concert jam. There are lots of community suppers and informal musical gatherings with some outstanding musicians.”

Stargazing is another of Phinney’s favourite pastimes. “Atlantic Canada is renowned for its dark skies,” she says. “Even 10 minutes out of Halifax, you have a pitch-black sky. It’s astounding.”

Nova Scotia has 13,000 km of coastline, with only 50 km of land connected to the rest of Canada at the New Brunswick border. “We’ve been social distancing long before it became a buzzword,” smiles Pam Wamback, media relations specialist with Tourism Nova Scotia. “It’s what happens naturally here.” 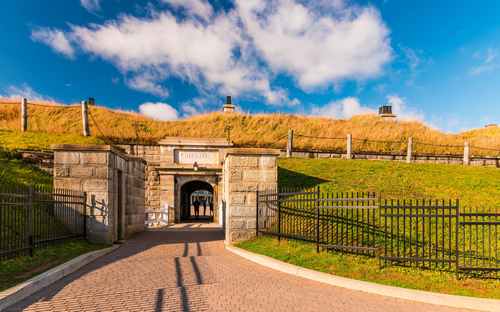 Halifax, the largest city east of Montreal, with a population of approximately 400,000, offers a small-town feel and plenty to see and do on the city’s waterfront. Head to the Halifax Boardwalk, which runs four km along the waterfront. Here you’ll find the Halifax Seaport Farmers’ Market, North America’s oldest operating farmers’ market; pubs, restaurants, galleries and art installations. And the Salt Yard features food kiosks, local businesses, arts and entertainment.

“The Halifax food scene is amazing,” Wamback says – everything from fresh seafood to local produce and excellent hamburger spots too.

Along the waterfront, you can rent kayaks, stand up paddleboards, Segways and bicycles to explore the city. This is also where you’ll find the Canadian Museum of Immigration at Pier 21 and the Maritime Museum of the Atlantic, with an exhibit on the 1917 Halifax Explosion and a large collection of wooden artifacts from the Titanic.

You can also step back in time at the Halifax Citadel National Historic Site located in a star-shaped fortress. 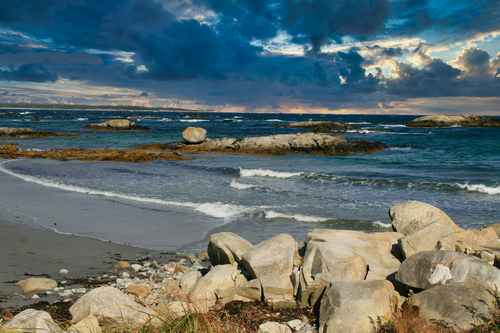 Stretch your legs on a Lunenburg walking tour, and stop by the Fisheries Museum of the Atlantic, which includes an aquarium touch tank, decommissioned tall ship and a long-haul fishing vessel.

Southwest Nova Scotia is a UNESCO Biosphere Reserve. “We have such a rich culture and traditions (Black Loyalists, Mi’kmaw, Acadians …) and a richness in topography – forests, lakes and rivers,” Phinney says.

Annapolis Valley runs along the Bay of Fundy, home to the world’s highest tides. Tidal bore rafting in a Zodiac is a unique experience that awaits. “You’re on the bay when the incoming tide meets the outgoing tide. It’s like being on a rollercoaster on the water. People come off saying it’s one of the best things they’ve ever done,” Wamback says.

The Bay of Fundy is a wonderful place for whale watching – including North Atlantic Right whales, humpbacks, finback whales, pilot whales and minkes.

The Northumberland Strait, which boasts the warmest water north of the Carolinas, offers secluded beaches and plenty of activities on the water, including kayaking, stand up paddleboarding and canoeing. 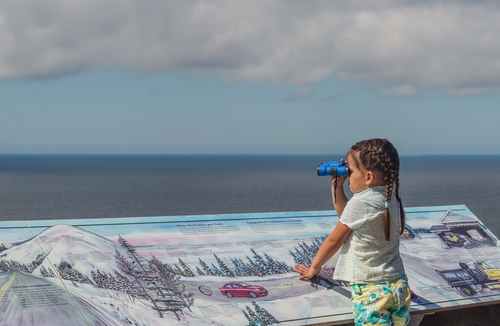 Looking at the ocean on Cabot Trail look-off

Cape Breton Island is a must-do – particularly the Cabot Trail, a loop that runs 298 km around the island’s northwest. Wamback recommends setting aside at least a couple of days to do the Cabot Trail, part of which goes in and out of the Cape Breton Highlands, a national park offering hiking trails and plenty of lookouts. A popular hike is the Skyline Trail, an easy eight-km loop that takes you up to stunning views: on a clear day,, you can see all the way to Prince Edward Island. So take a picnic lunch and enjoy.

Nearby Pleasant Bay offers great whale watching opportunities. True North Destinations is a five-star eco-resort offering luxury geodome accommodations right on the water for a unique overnight stay, each with its own hot tub, deck, galley kitchen, and full bathroom. 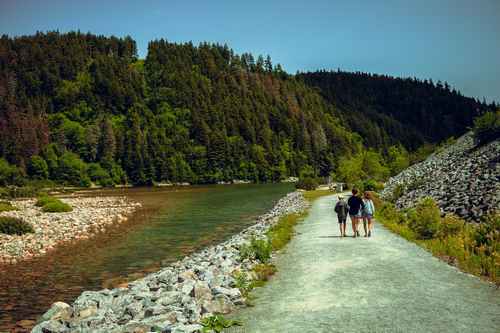 Along the Fundy Trail Parkway

The final piece of road connecting the Fundy Trail Parkway to Fundy National Park is set to open in late-summer 2021, linking the Bay of Fundy coastline from St. Andrews all the way to Nova Scotia. “It’s known as New Brunswick’s Cabot Trail because the views are so spectacular,” says Tourism New Brunswick Travel Media Relations manager Alison Aiton. “It’s the last undeveloped piece of coastline between Labrador and Florida. We are so excited to have it done finally.”

Another destination of note is Stonehammer UNESCO Global Geopark, which stretches alongside the Bay of Fundy. It encompasses 2,500 square km in the Bay of Fundy region with amazing geology formed by colliding continents, fossils and fossil forests and much more. 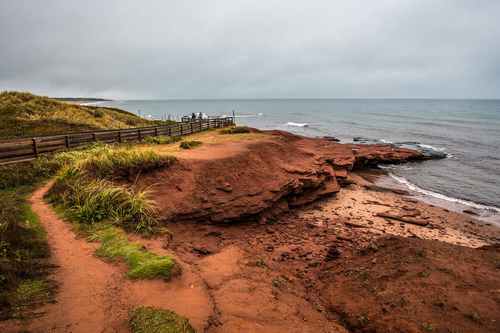 You and your family can enjoy more than 70 authentic PEI experiences of your choosing for a vibrant taste of island life. These include a wide range of ‘live like a local’ experiences – everything from hopping on a lobster boat and hauling traps, to making pottery with a potter, to tonging for oysters and eating them right on the spot and cooking with a chef at a themed culinary camp. (Kids get to cook too, at the Kids ‘R Kookin’ Kamps).

At Orwell Corner Historical Village, step back in time with the Bread-and-Butter experience, which involves gathering grains, grinding them into flour to make sourdough bread from scratch, milking a goat and then churning the milk into butter.

Authentic PEI experiences also include Indigenous experiences with Mi’kmaq dancers and basket weavers and learn about Indigenous culture with a Mi’kmaw interpreter.

Book lovers can follow in the footsteps of beloved Canadian author L.M. Montgomery – who wrote the classic Anne of Green Gables series – on a guided tour through Macphail Woods.

In PEI, on-the-water activities are always popular because of the shallow bays and warm water from the Gulf Stream. “We have the warmest waters north of the Carolinas,” says PEI Tourism media relations officer Isabel MacDougall.