When you dream of Ireland do you think of leprechauns? The Irish secretly hate it when visitors ask about them (it’s akin to asking Canadians how many dogs you have in your dog sled team). Instead, plan a trip that reveals things locals are proud of.

After a day acclimatizing in Dublin, head northwest to County Sligo and County Donegal.

It’s less crowded, and there’s plenty to surprise you, including:

Located in County Kildare, Barberstown Castle – once owned by Eric Clapton – is close to Dublin and if you bring 29 friends, you can have a medieval banquet in the oldest part of the castle. Guest rooms are named after one of the Castle’s 37 owners since 1288. 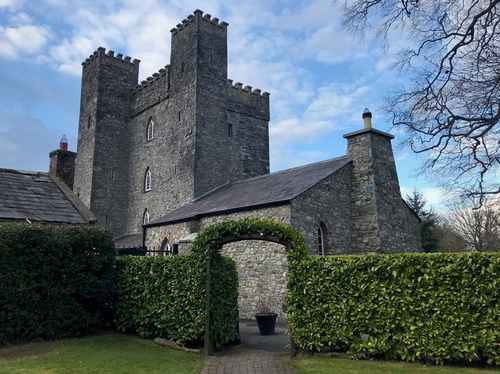 Current owner Ken Healy recalled that when Eric Clapton was in charge, “Everyone who was someone in music would have come here at some point.” Now, you can check in even if you’ve never warbled a rock song and prepare for a trip further north. 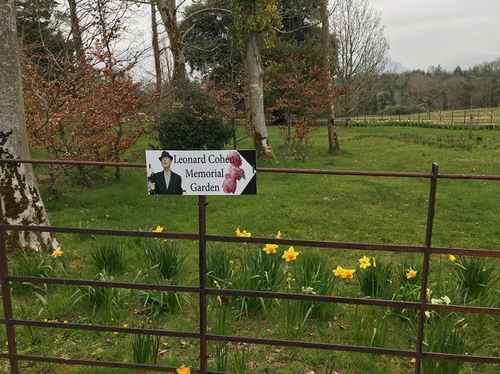 Arriving in a 20-seater mini-bus with no fanfare, he opened his performance with a Yates poem and later called Lissadell and the Kremlin his two favourite places to perform across the world. A decade later, you can stroll through the daffodils at the Leonard Cohen Memorial Garden and enjoy the views that brought him peace. 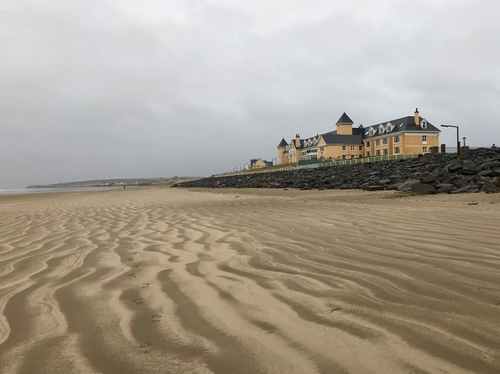 You might not associate surfing with the emerald isle, but in County Donegal, on Ireland’s Wild Atlantic Way (a 2500-kilometre driving route) you’ll find neoprene-covered athletes tackling whatever the cold Atlantic throws at them.

In the 1960s, Donegal resident Mary Britton saw surfers in California and thought it could be done on Dungloe’s sandy beaches. She shipped surfboards home, and her children started what became Ireland’s surfing family. Now her grandchildren and great-grandchildren carry on the family tradition (Easkey Britton is a five-time Irish National Champion). Stop at Sandhouse Hotel & Marine Spa for great (indoor) views of surfers or head to the bar with its surfing décor. 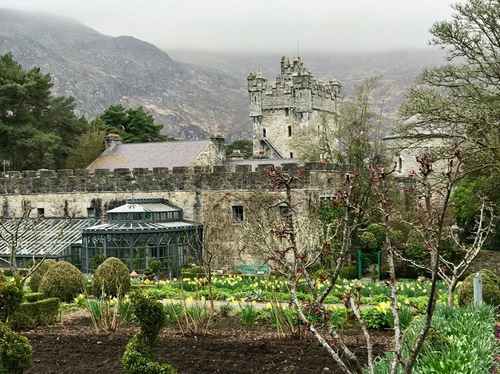 Today most people know about the dangers of introducing non-native species. But a century ago, landowner Cornelia Adair introduced red deer to Glenveagh Castle without realizing their growing population would eventually mow down the forest. Now at Glenveagh Castle and National Park, Gardener Sean O Gaoithin works to keep invasive species out of the garden, and a deer-exclusion zone in the park has been created. Take a tour of the grounds and see if you can spot where deer have been banned. 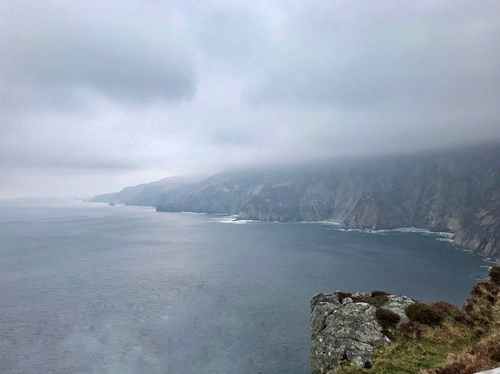 Slieve League Cliffs in County Donegal are some of Europe’s highest sea cliffs. At the Slieve League Cliffs Centre, owner Paddy Clark welcomes guests with Irish humour, “Aye, the weather is cold, but it’ll improve once you leave!” He also explains, “We call it walking or mountain walking, not hiking.” Regardless of the name, you can walk the fenced trail to several viewpoints or take a guided tour. Stop at the Centre to buy local crafts or at Ti Linn Café for a snack. 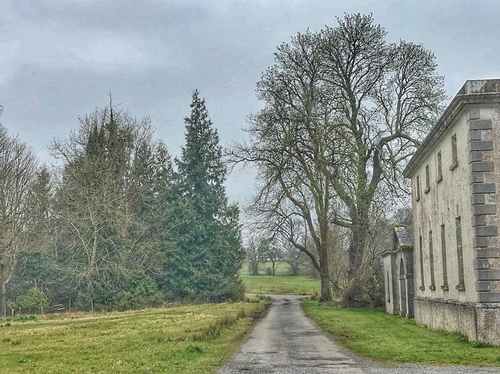 Learning about famine isn’t the most uplifting way to spend an afternoon, however, The Irish National Famine Museum in Stokestown Park will give you new insight into why so many Irish immigrated to Canada. The famine was the most significant human disaster of 19th Century Europe.

Landowners couldn’t afford to pay their tenants for their labour so sometimes escaped their burden by shipping tenants away; hungry farmers assassinated other times landlords like Denis Mahon (former landlord at Stokestown Park House). A depressing topic but the museum does an excellent job of linking the Irish famine and contemporary global hunger.

When the optimistic founder of Guinness beer signed a 9,000-year lease 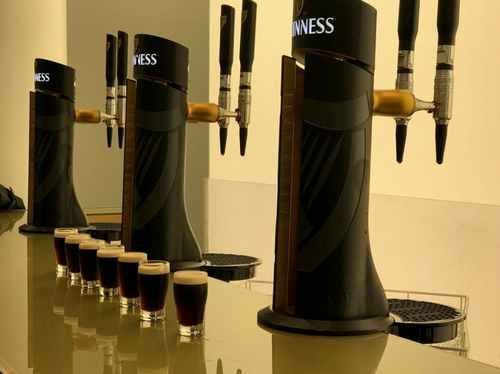 After a busy day touring the family around Ireland, you’ll find Guinness beer at most pubs and restaurants. Founder Arthur Guinness had 21 children, so perhaps he understood the appeal of a pint to relax.

Eternally optimistic, Guinness signed a 9,000-year lease on his first brewery, and maybe he was prescient. The Guinness Storehouse in Dublin has grown to attract 20 million people annually – Ireland’s most popular attraction – but you don’t have to visit to appreciate Arthur’s beer.