When the Duggars first appeared on TV, with their ever-expanding family population, mainstream viewers absorbed the numerous kids and modest daughters in skirts with blithe curiosity. The roots of their beliefs were sanitized, but what didn’t make it to the screen represents a reality that traumatized many kids growing up in similar families.

The Duggars were followers of Bill Gothard, a pastor and homeschooling advocate who taught children and wives fall under an “umbrella of authority,” with the father in a God-given role of authority over them to protect them from Satan’s influence.

Gothard’s teachings defined how women should act — down to what angle women’s hair should be cut, so as to direct the eye to her face and avoid shifting a man’s attention to “eye traps.” Other prohibitions to keep women from tempting men included banishing pants for women, above-the-knee skirts, and shoulder-baring tops.

Though the family has shied away from using the word “Quiverfull” to describe their beliefs, their lifestyle matches those of families in that movement who view husbands as Biblically-ordained heads of the household. Women must submit to their husbands’ leadership and sexual urges and avoid birth control. Children are a blessing from God — and the more the better. In this worldview, which is rooted in fear of growing populations of non-Christian Americans, women reproduce to create a full quiver of young Christians, a metaphorical arsenal for confronting God’s (non-Christian) enemies.

Reportedly, when it surfaced within the Duggar family that Josh had forcibly fondled five underage girls as a teenager, the patriarch Jim Bob took Josh to a personal friend who was an Arkansas state trooper who gave Josh a “very stern talk” but did not charge him with a crime. (The officer himself was later convicted on child pornography charges and given a 56-year sentence.) The family sent Josh to an Institute for Biblical Life Principles (IBLP) facility, a “training center” run by Gothard’s ministry. 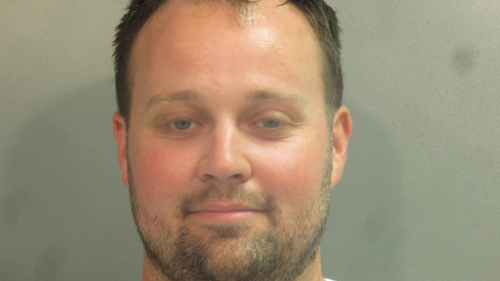 Survivors of Gothard’s ministry filed a case in 2015, accusing Gothard and his ministry’s staff of enabling and covering up sexual abuse of program participants, interns, and employees, noting IBLP training center employees often received reports of sexual abuse, harassment, and inappropriate touching but never reported those allegations to law enforcement. (Gothard was removed from any leadership, board, or counseling role within the ministry he founded.)

After news of Josh Dugger’s teenage sexual abuse of five girls became public in 2015, two of his sisters who described themselves as his victims did an exclusive interview with Megyn Kelly on Fox’s The Kelly File, in which they defended their brother. One said, “he was a young boy in puberty and a little too curious about girls.”

The family’s Baptist pastor, for his part, merely underscored that God can forgive everyone (without going into detail about what repentance for Duggar might entail). He then gave a sermon focused on Caitlyn Jenner instead and stated, “You dads, make sure you raise your sons around men who are manly.”

Within evangelical subculture more broadly, there is a sense that men all struggle with lust. This is articulated in best-selling books such as Every Man’s Battle, which argues wives can help their husbands in the war against temptation by offering sexual release every forty-eight to seventy-two hours. Language of pornography and sex addiction is rampant and an industry has cropped up within evangelicalism with seminars, treatment centers, books, online communities, and apps to help the broad numbers of men who have been taught even a stray thought about sex is a sign of a problem. The construct leaves large numbers of Christian men convinced they have a pornography addiction even when they’ve never watched it alone; but it also makes pornography a common — and manly — sin to bear.

If married, women are expected to freely offer sex, and in some schools of thought, Biblically obligated to do so, in order to keep decrease their husbands’ likelihood of outside temptation. Even Michelle Duggar shared similar advice on her blog in 2015, encouraging married women to say yes to sex even when uninterested.

Meanwhile, unmarried women are taught that they must be modest to assist the men around them from falling into lustful thoughts — the thoughts themselves a sin. The moral responsibility falls to women.

There are double dangers illustrated in this situation: calling passing sexual thoughts of the average person an addiction (and layering on pressure to erase all “lustful” thought) creates a gap where the two extremes are morally fused. Failing to differentiate passing thought and abusive behavior normalizes highly damaging activities, such as downloading video of children being abused and raped.

There is a vast moral chasm between momentarily noticing an adult stranger is attractive and enjoying watching the sexual torture of toddlers. There is great harm done in conflating it all.

Layer in too, that responsibility for a man’s sexual sin — mere thoughts or true aberration — is made to be the responsibility of the women around him.

It’s a system that vests authority in men without mandating accountability. Both damage the women and children around them.