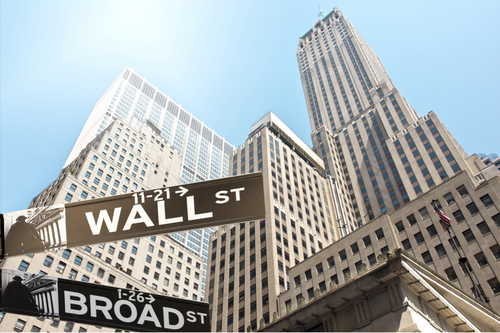 Alex Mascioli is head of institutional services for Bequant, a digital asset prime broker. He spent nearly a decade in traditional financial markets before making the jump to crypto markets three years ago.

Banks can now offer cryptocurrency and digital asset custody to their clients, but what does this really mean?

As you may know, the Office of the Comptroller of the Currency (OCC) announced Wednesday that nationally chartered banks in the U.S. can now jump into the crypto custody arena. There are plenty of opinions about what impact this will have on the industry, and many of them are at odds.

Some feel this is the beginning of a new era for the industry where banks will be able to offer complimentary digital asset services attractive to sophisticated investors; or, even more optimistically, that a Bitcoin ETF is more likely to be approved. Others have lamented that banks will audit and tax every penny, or, even worse, that they will readily agree to help the federal government seize coins in the future.

Here’s the thing. Traditional financial institutions, banks included, move slowly. Most make turtles look like they’re in a hurry. So, don’t expect any to announce their brand new custody platform immediately, if at all.

According to a recent Fidelity survey, only about a third of all these firms even own crypto.

Think about that for a second.

Many investors in this space are here because they are weary of being exposed to the systemic risk that having digital assets custodied in a traditional financial institution could create. They are hedging against the very network that’s trying to encroach on Bitcoin.

The bulk of banks and other sophisticated players in the old school markets don’t know much about our industry.

Given this unusual (and vocal) segment of our industry, banks may not have quite the opportunity they think they do, and a significant share of crypto asset traders and investors may avoid them altogether and stick with crypto native firms that are somewhat insulated from the potential problems of a Northern Trust or a State Street, both of which are large traditional custodians that took TARP bailout funds during the Great Recession.

The bulk of banks and other sophisticated players in the old school markets don’t know much about our industry. Most of them don’t appear to have even done anything as basic as buying a fractional Bitcoin on Robinhood.

Some firms have even publicly frowned upon bitcoin. For example, just this past May, Goldman Sachs said in a widely publicized research note that “cryptocurrencies including bitcoin are not an asset class.”

Comments like those don’t appear to be aging well, and are important because they show the fundamental lack of experience and understanding of digital asset markets that at least some of these firms have. Sure, their reach and distribution is huge, but what does that matter if they don’t have the knowledge or relationships to build such an offering?

It isn’t all negative, though. There are positives that can be taken away from this announcement.

When former Coinbase Chief Legal Officer Brian Brooks became the acting head of the OCC, his office announced that he wanted banks to submit input on crypto rule policies, this was a major change from the previous head. Additionally, now that nationally chartered banks can officially do business as a crypto custodian, this will legitimize digital assets to more people, both on the retail consumer side and institutionally. And, I wouldn’t be surprised if we saw a jump in values for many of the more well-known crypto assets over the coming days and weeks.

Paul Tudor Jones, one of the most successful and well known hedge fund managers in the world, recently made news by making public his intention to include bitcoin futures in response to an “unprecedented expansion of every form of money unlike anything the developed world has ever seen,” and what he sees as “the upcoming digitization of money everywhere, accelerated by Covid-19.”

He can’t be the only member of the old guard starting to see the value and practicality of Bitcoin and other crypto assets.

More than likely, this will be a catalyst of sorts for an acceleration of clarity from Washington regarding a more solid regulatory framework for our industry (also good). All too often, the clarity of what we can or can’t do seems to shift with the winds. Hopefully, this is the beginning of a trickle-down effect. Maybe this announcement is our stabilizer, maybe Brian Brooks is the even-keeled captain that we need to move forward.

Once all the headlines surrounding this announcement fade away, what will we be left with? Probably not many new custodial entrants from this regulatory approval in the short term, but the bright hope that the onlookers will see the acknowledgement from our government that crypto is real, at least real enough for the house that Morgan built to be allowed to do business with it.