In response to the recent lawsuit filed by Ripple against YouTube, the online media platform has denied all liability of the crypto scam, claiming that it was the work of a separate party that is not part of YouTube.

The scam asked users to send between 5,000 XPR and 10,000 XPR to a listed address, promising a 500% return to the users. Ripple remains suspicious that YouTube was complicit in the scam by giving fraudsters the ability to run advertisements and make profiting on them.

“YouTube profits from the Scam by knowingly selling paid ads on behalf of the fraudsters who are impersonating Ripple and Mr. Garlinghouse. These ads — so-called ‘video discovery ads’ — are designed by YouTube to appear at the top of its search result page alongside organic search results.” 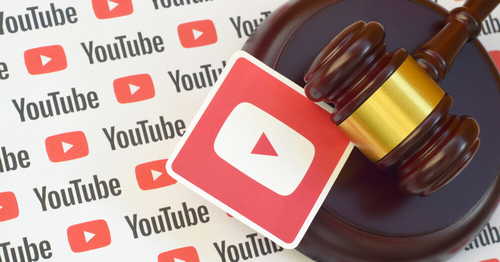 The YouTube legal team denies all accountability under Section 230 of the Communication Decency Act, wherein the publisher cannot be responsible for content posted by third parties.

The defence team stated that Ripple did not accuse YouTube of soliciting, encouraging, or participating in the scam, therefore removing them from any liability.

Crypto scams are a very familiar concept amongst seasoned investors, but it can seem like a lucrative money-making opportunity to new investors who are still uninformed.

The scams usually unfold in similar ways by creating fake celebrity profiles, or in some cases, hacking social media accounts to promote ‘an extremely lucrative crypto investment’, that requires victims to transfer a certain amount of crypto.

Recently, an investigation led by Group IB uncovered a crypto fraud with over 250,000 victims across the US, UK and other countries.

Shortly thereafter, a scam on Twitter appeared, where 130 high-profile Twitter accounts were hacked to promote a Bitcoin scam. These individuals included very wealthy entrepreneurs in an attempt to add legitimacy to the scam, such as Bill Gates, Elon Musk and Jeff Bezos.

Investors should be extremely cautious, as crypto scams can exist in the form of giveaways, sextortion, fake exchanges and fake ICO’s. In a study by Whale Alert, it was shown that over $38 million in Bitcoin has been stolen by scammers over the last four years.