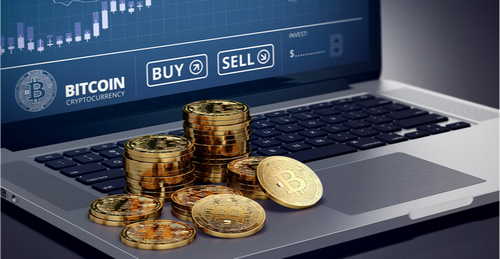 Bitcoin is trading above $22,000, but Guggenheim’s Chief Investment Officer believes the cryptocurrency is worth $400,000

Guggenheim Partners Chief Investment Officer Scott Minerd appeared on Bloomberg TV yesterday and revealed that fundamental analysis carried out by his firm has predicted that Bitcoin should be worth $400,000.

His revelation took the Bloomberg TV host by surprise as he asked how Bitcoin would rise from its current price level to $400,000. Minerd claims Bitcoin’s scarcity and its relative value against other assets like Gold as a percentage of the gross domestic product would help push the price higher.

“Bitcoin has a lot of the attributes of gold and at the same time has an unusual value in terms of transactions”, Minerd added.

Minerd explained that the Federal Reserve’s recent monetary policies convinced the firm to invest in Bitcoin. Several financial experts, such as Pantera Capital CEO Dan Morehead, say that the Fed printing over a trillion dollars to combat the coronavirus effects on the economy could lead to inflation. Hence, the need to invest in alternative assets like Bitcoin.

Guggenheim decided to start investing in Bitcoin when the cryptocurrency was trading at $10,000. However, Minerd admits it is a little more challenging to purchase Bitcoin at its current price.

Guggenheim Partners manages over $230 billion worth of assets. The firm will join other institutional investors in the cryptocurrency market. In recent months, MicroStrategy had invested $425 million in Bitcoin. The firm recently raised $650 million to boost its Bitcoin holdings as the company believes that the cryptocurrency is a better investment option than cash reserves.

Minerd’s comment comes at a time when Bitcoin is undergoing a historic price rally. The cryptocurrency set a new all-time high for the second time this year yesterday after it touched $22,000. The price dropped to the $21,000 mark but is now trading above $22,000 in the early hours of Thursday.

Another famous investment personality and author, Robert Kiyosaki, recently predicted that Bitcoin would reach $50,000 soon. He advised investors to buy the cryptocurrency below $20,000.