A tug of war over Bitcoin’s future is becoming more ferocious.

This battle, pitting corporate interests seeking to profit from the Bitcoin system’s disruptive potential against an anti-corporatist dream for a human-first financial system that bypasses institutional middlemen, has been in play for some time. But with bitcoin’s latest price rally, the fight has intensified.

Now, Wall Street’s heavyweights are moving in. And to many who hail from Bitcoin’s “cypherpunk” roots, those guys are the enemy.

The engagement of Fidelity, Citibank, BlackRock and now MassMutual need not be the death knell for a humanist Bitcoin dream. There’s still a pathway to a fairer, more open, inclusive financial model, even with those institutions increasingly investing in and engaging with bitcoin services. But the route to that idealized future is less direct and, inevitably, involves more intense competition.

It’s also not clear whether these competing visions can coexist in the long run. Either way, in the medium term – which may last decades – the tensions will persist and intensify. Who ultimately wins, and how, is what matters.

To be clear, many long-term enthusiasts for bitcoin are cheering the arrival of these big names.

Partly that’s because their participation has boosted the cryptocurrency’s price, which keeps bitcoin HODLers happy. It’s also because these newcomers are finally comprehending the core value proposition for investing in bitcoin as a digitally scarce store of value. That offers vindication for all who’ve been telling this story for the better part of a decade.

But there’s still an inherent conflict between the interests of regulated, compliance-conscious institutions, which will support the imposition of regulations and controls to ease their own participation in it, and those that see such rules and constraints as exclusionary barriers to entry for a wider swath of humanity.

A lightning rod here is KYC and AML, the “know-your-customer” and “anti-money laundering” rules that compel banks to collect identifying records for all their account holders.

This system means everywhere that Bitcoin touches the legacy financial system, which it will increasingly do as more big name companies and financial institutions are drawn to it, there is growing pressure for crypto service providers to impose KYC and, in turn to avoid dealing with others who don’t. (See: the crypto “Travel Rule.”).

The problem is not only that KYC runs counter to the cypherpunk ethos of privacy. As we discussed in a recent Money Reimagined podcast, this requirement can seriously hurt the goals of financial inclusion and innovation.

Raoul Pal, CEO of RealVision and influential global macro investor, found himself in the middle of this fight recently after he tweeted to bitcoiners that KYC is in their interest because it will bring institutional money into the asset and boost its value. As someone with an account bearing the name SexyWebCamPro100x noted in one of more than 700 replies to that remark, the tweet begged for a meme of someone kicking a hornet’s nest.

Pal is an influential thinker about Bitcoin’s place in the future financial system. So we invited him onto this week’s “Money Reimagined” podcast to discuss his brawl with Crypto Twitter. For balance, we also invited CoinDesk columnist Jill Carlson, who, among other roles, is a founder of the Open Money Initiative, which focuses on boosting financial access and economic freedom for underserved communities.

Pal offered a nuanced explanation of his position. He said while his point was partly about allowing both bitcoin HODLers and institutions to “get rich,” it was also that for the Bitcoin system to be a transformative force it needs the “network effect” of more money coming into the space, which in turn requires institution-friendly regulation.

“For people to realize their ambitions that it’s a stateless money … for it to be adopted by people who live within the confines of a sovereign state, unfortunately it will have to be regulated and there’s almost nothing we can do about it,” Pal said.

Some might see a contradiction: for Bitcoin to realize its power as a “stateless” network, the state must exercise more control over it. But Pal’s point is about sequencing. He says we need to first go through a process of official accommodation within the existing system to advance Bitcoin’s journey along “Metcalfe’s Law.” Once it becomes a ubiquitous network, then it is in a position to properly challenge that system. 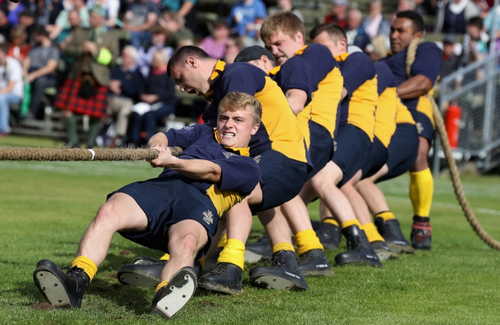 Indeed, as Carlson pointed out, the positive thing, for those who believe in Bitcoin’s disruptive potential, is that “you’re not going to implement KYC and AML at the protocol level.” Since “there is nothing inherent to Bitcoin that can be regulated, enforced or controlled in that way,“ it can at that level always resist official coercion.

But she also worried that the ever-growing encroachment of compliance requirements on applications built on top of that protocol impedes access to it among marginalized and financially excluded people.

Carlson cited how LocalBitcoins, a peer-to-peer exchange network that was once a “gateway to economic freedom” in places that impose capital controls and other forms of monetary repression, has “increasingly come under scrutiny and has to institute more and more KYC and AML standards and protocols.” She added, “That’s problematic where we are talking about people who don’t have any identity or are unbanked and are refugees and so forth.”

So, where does this go?

Following Pal’s trajectory, we must first see expanded ownership of bitcoin as an asset, during which its price will drive dramatically higher before eventually reaching stability. Only then can it accommodate a broader set of use cases.

One idea is that universal acceptance will then provide network effect benefits to “layer 2” solutions such as Lightning, which could enable lightweight, low-cost transactions for all.

Another is that universal bitcoin acceptance as a store-of-value lets it evolve into a programmable social reserve asset, which then becomes a form of smart, automatically executable collateral upon which innovative new forms of borrowing, lending and insurance are built. In theory, it could replace fiat sovereign assets such as U.S. Treasury notes and bonds as the building block for a global financial system, one that would presumably be more decentralized, with less friction and cost, more innovation and greater accessibility.

But does that mean those seeking positive, humanistic change must just wait their turn? Must they first let Wall Street have its fill? And what guarantee is there that just because it becomes an institutionalized asset it also becomes a tool for payments and financial access?

It’s hard to say. As Pal noted in our podcast interview, “The reality is that what we want [Bitcoin] to be, as individuals, is irrelevant. It’s a network that lives and breathes and does its thing.”

All that’s true. But individuals also have the capacity to organize and, for better or worse, the capacity to lobby governments to introduce rules that influence the evolution of these networked systems.

Which is why this tug of war must continue.

LET’S BE FRANC. The Swiss National Bank’s straightlaced central bankers run a predictable, transparent and generally respected monetary policy. So they might chafe at a comparison to China’s policymakers, who oversee a rather opaque, government-mandated system of capital controls and centralized interest rates. But according to this Bloomberg article, it looks as if Switzerland could earn the same “currency manipulator” label that the U.S. Treasury Department put on China in a politically charged move last year. In theory, the U.S. could consider sanctions if a country is deemed to be using its currency for unfair trade advantages. Switzerland has been actively intervening to hold down the value of the Swiss franc since 2011, when the euro crisis prompted huge inflows of safe haven-seeking money into the country’s economy.

The U.S. would be more within its rights to call Switzerland a currency manipulator than it was with China. (The Treasury Dept. removed the designation from China earlier this year.) Switzerland is explicitly using its money-printing powers to alter the value of its currency with the goal of making its businesses more competitive. China used to do the same thing a decade ago. But at the time of the Treasury designation it was going the other way: intervening to strengthen the yuan against the dollar. Still, you can hardly blame Switzerland from trying to inculcate its relatively small economy from forces outside of its control in the much larger currency zone across its borders.

The U.S. may well be sympathetic to that argument, and would refrain from applying sanctions. But, as the article points out, the risk to the Swiss National Bank is that currency speculators would see the designation as an excuse to test the central bank’s resolve. Might this lead to an even bigger influx of traders looking to push the Swiss franc higher on the bet that a now politically anxious SNB will hesitate to buy euros or dollars to stop the franc from appreciating? Maybe. But there’s a bigger picture problem here, one that plays into our future of money thesis.

The SNB’s problems in managing a currency speaks to a wider set of risks where investors are growing nervous about expansionary monetary policy and growing fiscal debts within the worst global economic environment since the Great Depression. Switzerland’s experience offers lessons, where letter-of-the-law U.S. policymaking could provoke unforeseen consequences in currency markets. Were this to play out on a more global scale, with bigger and more numerous economies involved, we could have ourselves an international currency war. And in that environment, the only safe place to go is into an apolitical, independent store of value. Historically, that role has belonged to gold. Now, many are arguing, it’s bitcoin’s turn. 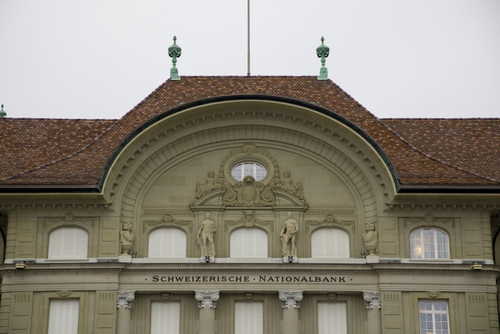 AIRBNBUBBLE. Speaking of lessons, what can we learn from the remarkable turnaround at Airbnb? The home rental business looked doomed as travel ground to a halt in March when the reality of the COVID-19 pandemic set in. Yet, here it is, nine months later, launching an initial public offering that initially valued the company at $47 billion but saw it rise to $100 billion by the end of its first day of trading on Thursday. During a live CNN interviewthat was timed for the opening of the stock market, CEO Brian Chesky heard for the first time that the shares’ opening price was $139, almost twice the deal’s $68 level. He looked stunned. “I don’t know what to say,” he said.

Good answer. Because it doesn’t make a lot of rational sense in terms of valuation. (Airbnb’s net loss for the first nine months of the year was $697 million.) To me, this tells us two things: 1) “QE infinity” by the Federal Reserve has created so much liquidity in the hands of hedge funds and other institutions that they’ll chase whatever yield they can, and 2) they’ll deploy that cash whenever they find the right narrative.

It’s kind of a moot point whether Airbnb is truly worth the $100.7 billion market capitalization at which it closed the day. (As The Wall Street Journal noted, that’s a figure “greater than the combined market value of Marriott International Inc., Hilton Worldwide Holdings Inc. and Hyatt Hotels Corp.”) What matters is that cash-flush investors found what they were looking for: a good story.

Chesky took some smart moves to, first, mitigate the pandemic’s threat to its business and then, second, discover new opportunities to provide services to people looking to escape crowded, locked-down cities. But what matters is how that story of recovery from a bad situation, a story laid out in this WSJ video, plays out as an idea more than whether it equates to real projected value over time.

As we’ve noted, elsewhere, stories matter. They especially matter when there’s lots of unspent money looking for a good one.