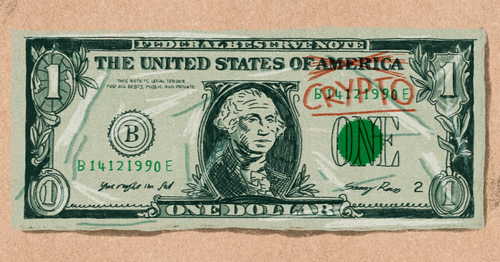 If you don’t have an opinion on stablecoins already, you might have to formulate one soon. Stablecoins – cryptographic tokens that aim to match the performance of sovereign currencies like the U.S. dollar – may well be the next battleground in the rapidly escalating war between the public blockchain industry and nation-states.

Bitcoin is a payments system and a set of monetary opinions, all bundled together. Many bitcoiners consider bitcoin-the-currency to have very desirable monetary properties, but it’s undeniable that the absolutely rigid supply schedule is one cause of its legendary volatility.

CoinDesk columnist Nic Carter is partner at Castle Island Ventures, a public blockchain-focused venture fund based in Cambridge, Mass. He is also the co-founder of Coin Metrics, a blockchain analytics startup.

However, transacting with Bitcoin is powerful: It’s a digitally native cash instrument, meaning that transactions are final and they settle regardless of the identities of the counterparties. Transactions are reasonably (if imperfectly) private, and they do not discriminate. Anyone is free to use the system, regardless of what the state or an internet oligopoly thinks of them. Improving on physical cash, Bitcoin transactions work at a distance, as they can be broadcasted through virtually any communications medium. Yes, Bitcoin works via carrier pigeon.

The catch? You have to use bitcoin to use Bitcoin. That is, you can’t really use the settlement system without gaining at least temporary exposure to bitcoin, the currency (or asset or commodity, depending on how you want to categorize it).

It’s therefore no surprise that, for about as long as Bitcoin has existed, builders have dreamt of settling sovereign currencies on its blockchain. Stablecoins disentangle the monetary prescriptions of digital assets like bitcoin from the settlement networks on which they rely. Early experiments included Nubits and BitUSD. Even Mastercoin, the first initial coin offering (white paper published in January 2012), contained designs for a stablecoin that were later scrapped. The first successful stablecoin was tether, which owed its initial growth spurt to Bitfinex’s unstable connections to the bank system. Using tether, traders could denominate their liquidity in a crypto-native format, staying on blockchain rails even when de-risking their positions, without having to exit to the fiat system entirely. From these rather prosaic origins, Tether (the company behind the stablecoin) has grown into a behemoth, with dollar assets totaling more than $20 billion today.

It’s important to understand that fiat-backed stablecoins are simply a crypto-native wrapper for commercial bank dollars. Because public blockchains are less encumbered than established payment networks, stablecoins can cater to a wider variety of end users who might otherwise be excluded from the financial system. Outsiders often perceive stablecoins as injections of capital “into” the crypto industry. But this isn’t always the case; much of the time, the creation of stablecoins merely represents the swapping of balance sheet assets from their generic status as commercial bank IOUs into a crypto-native format.

After March 12, the issuance of stablecoins increased dramatically. And this wasn’t necessarily indicative of a capital inflow, but rather firms already active in the crypto space choosing to denominate their balance sheet in a native crypto format after a big risk-off event. Nothing changed except the way their funds were being represented.

Thus, the creation of stablecoins should be understood as the immobilization of commercial bank dollars, alongside the simultaneous creation of an equivalent cryptographic IOU. In an orderly stablecoin system, no money is being created. The representation of value is simply leaving the commercial bank system and hopping onto an alternative set of rails.

Today, a diverse set of issuers has overseen the creation of more than $25 billion worth of stablecoins. The non-Tether cohort includes issuers like the CENTRE Consortium (of which Circle and Coinbase are members), Trust Token, Paxos, Gemini and several others. These stablecoin issuers register with FinCEN, obtain money transmitter licenses on a state by state basis, maintain stable bank and audit relationships and in some cases obtain even more rigorous regulatory designations like the New York Trust Charter. Thus, descriptions of stablecoins as unregulated are erroneous. Certainly, there exist an array of business models and approaches to collateralization and redemption among them. But popular stablecoins like USDC (current circulation: $3.22 billion) are wholly accountable to U.S. financial regulators.

So why are certain U.S. policymakers, with bills like the STABLE Act, so intent on stifling the vibrant stablecoin space and forcing all activity to take place through an ill-fitting bank framework, under the watchful eye of the FDIC? It’s certainly not due to a benevolent desire to tear down the “tremendous barriers to accessing financial services and credit” faced by working-class communities, as the Rep. Rashida Tlaib (D-MI.) press release claims.

The STABLE Act, by dramatically raising the barriers to entry for stablecoin issuers and fintechs (the authors of the bill make no distinction between stablecoins and fintech products where users maintain a balance), would make the financial services environment far less competitive. It takes some creative reasoning to deny the fact that fintech apps like Square’s (SQ) Cash App – which would be targeted by this bill because users can hold an active balance on the platform – have not been positive for financial inclusion. As Ark Invest has pointed out, the Cash App tends to be more popular in southern states where underbanked populations are most prevalent.

As for stablecoins, there is no denying they are a positive force for financial inclusion globally. The dollar is the world’s reserve currency, and savers worldwide covet the currency’s relative stability. By relying on a new public blockchain infrastructure, stablecoins can penetrate markets where banks refuse to participate. Venezuela is a prime example. The U.S. sanctions members of the Maduro regime but not regular citizens. But because of overly blunt approaches to de-risking, U.S. banks generally do not service clients in the country.

While Wells Fargo was busy banning Venezuelans from using Zelle, a service it jointly operates with other banks, stablecoin issuers were rushing in to give Venezuelans access to digital dollars. Juan Guaido’s administration in exile has employed the crypto app AirTm in conjunction with the USDC stablecoin (administered by Circle and Coinbase) to send dollar-denominated payments to healthcare workers in Venezuela. And other stablecoin issuers like Valiu have begun providing Venezuelans and Colombians with dollar-based financial services and remittances. Physical dollars circulate in Venezuela, but low-denomination bills are hoarded and hence hard to find. Digital dollars are more easily transmissible and link the Venezuelan diaspora (scattered throughout Latin America and the U.S.) with their families back home.

What stablecoins do is export the assurances of commercial bank dollars to a global audience, using an open and accessible payment infrastructure with strong finality assurances. Because the dollar is generally considered more credible than other sovereign currencies and tokens on public blockchains serve as digital “bearer assets,” stablecoins are popular worldwide. The more governments inflate away their local currencies or engage in monetary repression through forced devaluations or expropriation, the more citizens will look to more alternative systems of property rights.

Forcing stablecoin issuers into the ill-fitting bank template appears less motivated by a concern for the public and more by a desire for control.

The dollar is less inflationary and, when packaged as a token on-chain, it comes in a hard-to-seize format that gives savers more sovereignty. As currency crises rage in Lebanon, Turkey, Argentina and many other places, the import of foreign currencies is a life raft giving savers a free choice of currency and the option to resist the destruction of their savings. Local monetary authorities may try to resist. But, ultimately, these spontaneous dollarization events, when they do occur, tend to provide strong welfare gains for citizens in the long term. The Ecuador case study is particularly telling. The bottom-up dollarization event that took place in 2000 reined in inflation, stabilized the bank sector and brought about strong GDP growth.

Given the clear value proposition of stablecoins and the strong welfare benefits of their usage in weak monetary regimes, forcing stablecoin issuers into the ill-fitting bank template appears less motivated by a concern for the public and more by a desire for control.

Today, the politicization of financial infrastructure is all too common. Recently, the New York Times successfully initiated a financial boycott of certain adult websites. I am no fan of that industry, but I don’t believe a wholesale financial redlining is the appropriate solution to wrongdoing, which should be dealt with through our criminal justice system. Deputizing banks as extra-judicial enforcement mechanisms is an end run around the laws that govern this nation and violates the due process of affected entities.

Initiatives like Choke Point worked because banking is a regulated oligopoly; banks serve at the pleasure of the state and must acquire extremely costly and limited charters to operate. In a free market, firms being redlined could find alternative banking partners. But banking is a semi-nationalized pursuit today, so the market cannot clear when this financial suppression occurs. Since the 1990s, banking has become much more concentrated, and average bank sizes have increased. Today, banking is an uncompetitive and tightly controlled industry. Introducing more flexible models with lower barriers to entry, like the Wyoming SPDI, or the OCC’s proposed fintech charter, would add much-needed vibrancy to the moribund system.

Indeed, most crypto entrepreneurs would welcome the application of such a charter. Many crypto businesses, stablecoins included, are not engaged in banking activity – they are not lending or transforming the maturity of deposits, as George Selgin has noted. Rather, they are custodying an asset on a fully reserved basis. One reasonable approach to the ugly patchwork of state-by-state regulations that stablecoin issuers have to reckon with would be a unified federal standard that recognizes these issuers as fully backed custodians of commercial bank dollars. A bank charter in the traditional sense would be wholly inappropriate, since stablecoin issuers do not issue loans, do not create deposits and are not engaged in money creation.

Congress should absolutely think through the implications of the popularity of stablecoins. More transparency around reserve quality would be welcome, and a federally unified model for money transmitter licenses would be a reasonable path forward. But a vanilla bank charter is a square peg in a stablecoin’s round hole.