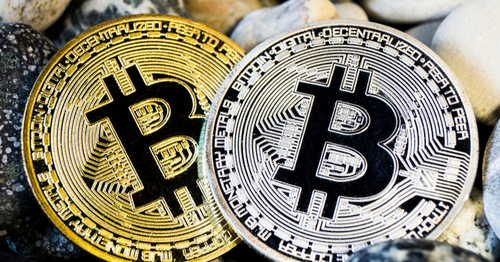 The renowned bitcoin investor, Mike Novogratz has encouraged investors to go after more bitcoin and devote a large portion of the portfolio to it. In his opinion, an average investor needs to have cryptocurrencies in their investment portfolio.

Novogratz is an investor currently heading Galaxy Digital, a crypto investment firm where he serves as the chief executive. He is said to have made about $250 million from crypto investing between 2016 and 2017. Novogratz had previously asked investors to set aside 1% of their worth to cryptocurrency. Last month, he suggested that people should inject 3% of their funds into Bitcoin and HODL.

Speaking with Julia Chatterley from CNN, he explained that he had changed his mind and now advises allocating 5% into Bitcoin.

Novogratz recently shared a post on Twitter saying, “You’re going to see every single financial institution forced into this space“.

The crypto investor reported that the advice was grounded on the recent stability around the leading cryptocurrency as well as historical data. Bitcoin’s volatile nature has often been discussed while exploring the viability of the cryptocurrency as an investment option. However, Novogratz maintains that the volatility around Bitcoin will decrease.

The Galaxy Digital founder is believed to have a net worth in the range of $700 million. Asked about his crypto allocation, he responded by saying that probably 50% of his portfolio was in cryptocurrencies.

Novogratz also asked investors to consider sinking a fraction of their net worth in Ethereum. He added that the altcoin had “a venture flare to it“. Regarding other altcoins, he said some would be fruitful, whereas others simply won’t survive.