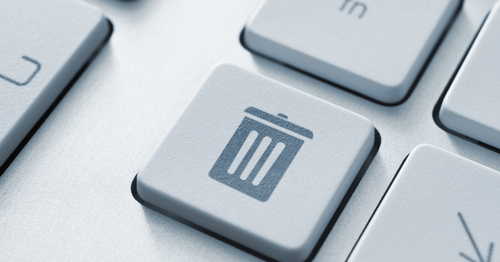 On Dec. 8, Dutch cryptocurrency exchange LiteBit sent an email to its users stating it would be delisting the privacy coin firo (formerly zcoin).

According to the email, the decision was made “partly due to the privacy aspect of this crypto. The regulator of crypto companies in the Netherlands has indicated that cryptocurrencies aimed at privacy are too high a risk.”

LiteBit confirmed zcoin will be delisted on Dec. 22.

“At the moment, the impact is primarily limited to smaller or regional exchanges” said Firo project steward Reuben Yap. “However, it signals to the rest of the space that delisting is the only way to remain compliant with AML/KYC [know your customer/anti-money laundering], which isn’t the case at all, setting a bad precedent.”

Delisting around the world

Yap said delistings have become a worldwide trend, especially in Asian countries such as South Korea and Japan. Europe, where privacy regulations like the General Data Protection Regulation (GDPR) would seem more open to privacy-focused coins, has seen France’s finance committee recommending bans on privacy coins. Recently, new Dutch AML regulations have created perceived barriers for privacy coins, focusing on knowing who are all parties in a cryptocurrency transaction. Monero has already been delisted in the Netherlands.

In Australia, cryptocurrency exchanges are delisting privacy coins amid regulatory and banking pressure. The blockchain analysis firm Chainalysis is believed to have played a large part in the decisions made by Australia and others.

The U.S. Secret Service has urged Congress to create ways to limit the use of privacy-focused cryptocurrencies.

“Delisting is one of the easiest responses for small, compliant cryptocurrency exchanges,” said Justin Ehrenhofer, a Monero contributor. “They may not have the resources to properly communicate their risk mitigation strategies to regulators and banks.”

In most cases, banks, exchanges and other entities find it simpler to completely write off products related to specific coins rather than expend resources creating detailed compliance programs, according to Ehrenhofer.

The core reasons behind these delistings are the privacy features that are important to many cryptocurrency users. Bitcoin’s cypherpunk origins were in part about escaping the ties of the financial system and the surveillance and scrutiny it enables.

But regulators have seen those features as conflicting with AML and KYC regulations.

“Many countries’ official reasoning is that these bans and delistings would help combat money laundering and illicit use of cryptocurrencies. However, this seems more like a facade,” said Yap.

Japan’s delisting of privacy coins was triggered by the Coincheck hack of nem, which does not have any privacy features, according to Yap. The hack was a result of weak exchange security, not privacy coins, and privacy coins weren’t used to launder the proceeds.

“As in many cases, it seems that privacy coins were once again the scapegoat,” said Yap.

Australian exchanges like Swyftx apparently didn’t agree with the ban, but the reasoning behind it hasn’t been widely disseminated.

Bolstering Yap’s arguments is the fact that U.S. law firm Perkins Coie released a report on how privacy coins can be compliant with existing AML regulations.

“Is it possible for regulated entities to comply with anti-money laundering (AML) obligations when supporting privacy coins? The answer, in our view, is yes,” wrote the authors.

Ehrenhofer said the most common given reason for delistings is de-risking from perceived (or direct) pressure from regulators and banks.

“Most jurisdictions do not impose strict bans on these privacy-preserving cryptocurrencies, but they may require more detailed AML programs before feeling comfortable with them,” he said.

The delistings raise issues for privacy coins and signal to other actors in the ecosystem that it’s okay to delist them, even if there are no compliance issues. This has far-reaching effects.

Exchanges and other actors have delisted and could continue to do so under soft pressure not just from authorities but also their banking partners, even if they’re not breaking any laws.

Yap points to zcash’s delisting from Coinbase UK due to concerns from its banking partner, ClearBank, as one example of this, setting a problematic precedent if other banks follow suit.

Additionally, said Ehrenhofer, delisting of small assets deeply impacts the viability of those assets, lowering their liquidity to a critical level. On the other hand, for established privacy coins like monero it just pushes users “to exchange in riskier, less-compliant jurisdictions.”

As a result, “the information that would normally be within the view of regulators and compliant exchanges is now distributed among less-regulated exchanges in other jurisdictions, harming investigations,” he said.

And then there’s the inclusion of dash among those delisted coins. Originally conceived as “Darkcoin,” a fork of Bitcoin, Dash abandoned its focus on privacy years ago to concentrate on other use cases for its dash cryptocurrency.

In a statement shared with CoinDesk, Glenn Austin, Dash Core Group CFO, speculated that dash’s delisting may have been the result of a misperception, based on old assumptions derived from its Darkcoin roots. “Multiple leading industry experts conclude that dash is no more a privacy coin than bitcoin,” he said.

Indeed, as the Bitcoin and Ethereum blockchains develop more privacy features, exchanges will have to grapple with the necessary compliance processes they may have sought to avoid by delisting privacy coins.

But in the interim, said Yap, we may continue to see some coins remove their privacy features as they seek the basic goal of survival.

“For some projects, the best approach may be to produce quality opinions and presentations that demonstrate how privacy coins can be supported while addressing AML/KYC concerns instead of fighting regulations,” said Yap.

He said another approach should be fighting the narrative of blockchain analytics firms, which promote the idea that on-chain analysis is the only way to grapple with AML/KYC concerns.

For Ehrenhofer, privacy-preserving cryptocurrency communities should work with compliance professionals to ensure they feel comfortable with the compliance programs they present to banks and regulators.

If a cryptocurrency exchange’s survival doesn’t depend on it, it’s unlikely it will put in the compliance effort needed to support any coin that comes close to being in conflict with AML and KY considerations.

He points to ComplyFirst as a company that has created resources to assist exchanges in explaining how they can support assets that may result in more complex compliance cases.

“Privacy coins will continue to face opposition and challenges along the way, which will heat up as cryptocurrencies start becoming more mainstream,” said Yap. “However, just as VPNs, Tor, HTTPS, and end-to-end encrypted messaging are now considered standard protection tools, privacy technology in cryptocurrencies will be considered commonplace, too.”