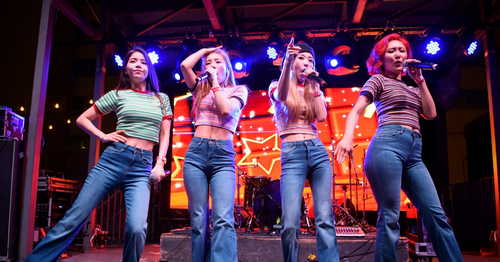 RBW (Rainbowbridge World), a South Korean entertainment company representing Mamaoo and other popular K-Pop artists such as Vromance and Oneus, is jumping into the cryptocurrency world by issuing non-fungible tokens (NFT) on Hong Kong-based exchange Xeno. The tokens give K-Pop fans and other investors a claim of real ownership in digital products related to RBW entertainers.

In an exclusive interview with CoinDesk, the Xeno team announced that RBW has given the NFT exchange exclusive rights to mint and list their NFT-based digital products.

“Fanbases get digital goods for their favorite artists that they can truly own, and artists and content creators get new and exciting products to offer their fans,” Jae-Woong Wang, CEO of RBW Japan, told CoinDesk in a statement. “Digital event tickets, membership tokens, even digital content rights can all be captured and housed within NFTs. The trend of digital commerce is growing and RBW wants to stay on top of these trends while at the same time open new markets when possible.”

The exact time of when the NFTs will be launched has yet to be announced. Xeno told CoinDesk that the underlying digital products will include “3D model renderings” of fans’ favorite K-Pop idols, event tickets for virtual concerts and membership tokens that “allow artists to engage their fanbases”.

RBW’s move comes at a time of explosive growth in trading volumes for NFTs, which tripled in 2020 compared to 2019, according to data from Dune Analytics. The increased interest in NFTs is partly driven by the COVID-19 pandemic that has forced most cancellation of in-person events.

Unlike fungible cryptocurrencies such as bitcoin and ether, NFTs are unique tokens that cannot be exchanged one to one. For fans of Mamamoo, that translates into ownership of a unique digital product developed around the singers.

RBW’s news could lead more prominent entertainment companies in East Asia to follow the NFT trend, as most live events around the world are still on pause due to the pandemic, according to the executives at Xeno. Besides those in K-Pop, several partnerships with well-established names in high fashion and the online gaming industries are already “in the pipeline,” the exchange said.

“RBW is a fairly moderately impactful company, with popular girl group Mamamoo along with several boy bands and a new girl group, Purple Kiss, under its management,” Tamar Herman, K-Pop journalist at Hong Kong-based South China Morning Post, told CoinDesk in an email. “The company has a reputation for high-value performances and artistry.”

While most NFT exchanges are based on the Ethereum blockchain, Xeno is built on the Polkadot network because of its better scalability, full cross-chain interoperation and integration, and Polkadot’s unique “parachain” feature that gives the team full control of the protocol layer of the system, Di Franco told CoinDesk.

“NFTs are the perfect medium for these habits to grow and evolve in,” Di Franco said. “NFTs take ownership of digital goods out of their silos, turning a collection of mutually exclusive walled gardens into a true marketplace, and exponentially increasing the possibilities for creative entrepreneurship for digital artists and the business opportunities for the platforms they work on.”