GEN: You wrote a number of op-eds criticizing your own party, including one shortly after the Capitol riots demanding the resignation of Deb Billado, chair of the Vermont Republican Party, for her support of President Trump. What prompted you to publish?

Kolby LaMarche: I used to be a Trump supporter, but I began to have hesitations about supporting him around mid-2019. When I became chair in September 2019, I started to voice my concerns about him.

At that point, it seemed like every time I disagreed with the president, my friends in the party — or people who I thought were my friends — wouldn’t allow me to criticize him. I needed to have undying loyalty to him if they were to tolerate me. It was at that point that I saw our party members didn’t want anyone in a position of power to question their leader.

You were a teenager when you were elected to the Burlington chair. I imagine the state’s Republican leaders saw you as a star in the making.

They had high hopes for me, I believe. When I was elected chair, I had a very good friendship with Chair Billado. I worked for Deb Billado as the state’s coordinator to engage young people in the Republican Party. They wanted me to follow the path that they’re hoping to lead, which is a politics that’s divisive, that doesn’t include moderate or centrist Republicans like our own governor. And I couldn’t stick with that. I had to let them down. But in doing that, I feel like I really supported my community.

But was there a specific point where you said to yourself, “I need to take a stand against the party”?

It was the first impeachment vote, which occurred around the time where I was getting some interviews done about becoming chair at such a young age. I hadn’t taken a stance on impeachment, but I did defend Mitt Romney and his status as a Republican. When I called that out, they came with the nickname I’ve come to know so well: RINO. At that point I began to question the people around me, what is their tolerance to opinions that aren’t theirs, to see that underlying divisiveness that I had been complicit in. 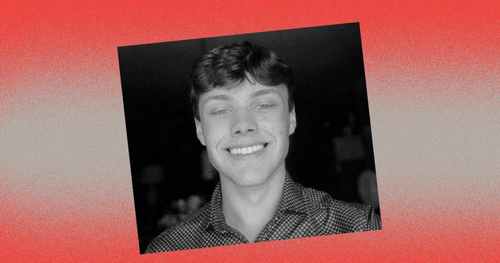 By the time I wrote the op-eds, my relationship with the executive committee of our state party had deteriorated. I felt like there was nothing more I could do within the party that could promote change.

And you felt like you had to resign in order to do that?

I came to the conclusion that the work that I’ve set out to do, to help make Vermont politics more civil, more empathetic, I could do that without the R next to my name and without being attached to a party that clearly does not want to have those difficult conversations and that wants to go in one direction and silence members who opposed them.

Additionally, I had been facing committee members in the Burlington Republican Party that sought to remove me. We didn’t actually have a vote; I resigned before that could happen. I’m not sure I would have been removed, but I thought I could get work done outside of the party without having those headaches or those liabilities.

What work are you now doing outside of the party?

Currently, I’m working to found an institute called the Aiken Institute, which was just registered as a nonprofit. The Aiken Institute is nonpartisan, and it’ll work towards visibility on Vermont’s most important issues that can transcend partisan lines.

And what exactly are those issues?

One of the biggest issues in Vermont is that we are losing young people. Youth grow up here and move away for other job opportunities. A symptom of that is the affordable housing crisis, and the tax crisis that we’re having in this state, where young people aren’t able to afford to live in the state and have the entrepreneurial spirit that’s encouraged by this state’s economy. It’s issues like those that Republicans should be focusing on. That’s where our message can shine — of small, efficient government that focuses on helping small businesses, which is the backbone of Vermont’s economy.