Bitcoin surged Monday to a new all-time high price of $19,864, extending its year-to-date rise to an astounding 170% during a 2020 that has seen tumultuous swings in global markets.

Here are five reasons why the oldest and largest cryptocurrency has pushed to new highs.

Some institutional investors are taking on bitcoin exposure, such as buying into the publicly traded Grayscale Bitcoin Trust (GBTC), according to a Nov. 20 report from analysts at JPMorgan Chase. (Note: Grayscale is a unit of Digital Currency Group, which owns CoinDesk.) Guggenheim, a money manager that oversees $233 billion for investors, said in regulatory filings its Macro Opportunities Fund might allocate up to 10% of net assets to GBTC, CoinDesk reported Nov. 28. As well, the outstanding number of bitcoin futures contracts is surging on the Chicago Mercantile Exchange, seen as another sign that big investors are using commodities markets to speculate on the cryptocurrency’s price, according to the JPMorgan report.

Well-known hedge fund managers are increasingly calling bitcoin a long-term investment. Legendary managers, including Paul Tudor Jones II and Stanley Druckenmiller, have recently said the cryptocurrency’s price, as denominated in U.S. dollars, could rise as the Federal Reserve prints money to help finance the government’s coronavirus-related emergency stimulus bills. The central bank has thus far created more than $3 trillion of new money in 2020, or more than three quarters of the entire amount created during its prior 107-year history.

Wall Street analysts have made positive comments over the past few days. AllianceBernstein, a $631 billion money manager, published a report saying the post-pandemic economic environment could create a role for bitcoin in investors’ asset allocation, CoinDesk reported Monday. Inigo Fraser Jenkins, co-head of the portfolio strategy team at Bernstein Research, wrote that when it comes to a role in hedging against inflation, “the driver of bitcoin is similar to that as for gold.” 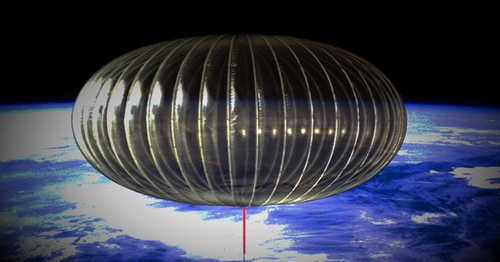 PayPal (PYPL) is allowing customers – some 346 million active accounts – to buy bitcoin. The person-to-person payments network announced Oct. 21 it would let customers buy, sell and hold bitcoin. According to the company, the cryptocurrency will become a “funding source for purchases at its 26 million merchants worldwide.”

The bitcoin market last week overcame a major source of concern – bitcoin outflows from one of the world’s biggest cryptocurrency exchanges, OKEx. Some traders and analysts had speculated the end of a five-week suspension of withdrawals might translate into liquidations that could put selling pressure on the bitcoin market. Data extracted from the cryptocurrency’s underlying blockchain network showed some 24,631 bitcoin, worth $500 million at current prices, flowed out of the exchange in the 24 hours after the suspension was lifted last week.

But bitcoin’s price action shows the market shrugged off the news, along with other negative developments, such as rumors the U.S. Treasury Department might be considering onerous cryptocurrency regulations. Traders also appeared to ignore data showing some large bitcoin traders – known as “whales” – might be preparing to dump their holdings in response to the cryptocurrency’s price rise.