To be clear, if I were to choose what I’d be known for — by a very limited segment of fellow online-quiz-taking, roughly 40-year-olds — it would be for my more serious work reporting on politics, religion, and sexual abuse.

It’s a little embarrassing that my most referenced story was an 800-word essay in 2014 when I’ve written much more important pieces with heavy research for a range of publications.

It’s still more embarrassing that every time someone tags me when some new Xennial rip-off story comes out, I feel a touch of gratitude.

I smile when I see the word in the wild, along with the newer term for the Gen Z/millennial cusp “Zennial,” which is actually how I initially pronounced Xennial. I had no idea there would be a Gen Z, let alone any interest in a future evolution of the term.

But this is what language does, and having my name bump around in some etymological dictionaries with other much more astute writers whose work I love is a surprising treasure. All those who identify as Xennials gave me that passing recognition, and whatever comfort feeling part of a microgeneration gives, I’m glad I was a piece of it.

And this brings me to the latest attempt to describe our cohort, the story that went viral recently about “geriatric millennials,” a term writer Erica Dhawan had heard elsewhere before writing her piece.

While I personally have no desire to find affinity with Mark Zuckerberg, one “geriatric millennial” leader noted in Dhawan’s piece that was more broadly about our communications prowess in professional settings, I do delight in seeing people parse through this rough segment of our population, draw parallels between us, and find samenesses that can transcend other ways we dice and separate ourselves.

Since the kinship people have with being a Xennial is about nostalgia and belonging and uniqueness — I suspect it will have staying power. I happened upon the most generic, accessible terminology for the idea. One that doesn’t immediately insult people.

I happened upon the most generic, accessible terminology for the idea. One that doesn’t immediately insult people. 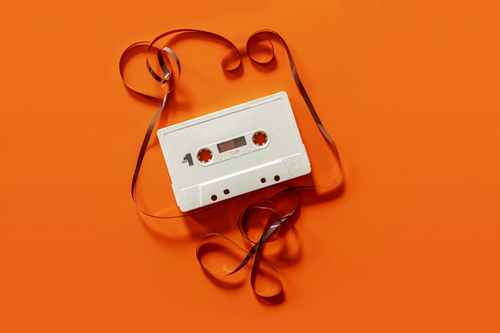 To be sure, most people I saw online frothing over “geriatric millennials” were nettled about having lived through two recessions, boy bands, and a pandemic in, at most, 40 or so years of life, only to be called geriatric by the internet. So much for my cheerful assessment of Xennials’ good fortune.

My eyes tripped over tweets storming that Dhawan had repurposed Xennial’s trait description without citing back to me. (She has, in fact, in a subsequent piece noted the overlapping attempts to define our cusp generation.) She had concluded those born in the early ’80s were adaptable across communications platforms by conducting interviews for her new book, Digital Body Language. Yet most of readers’ energy about her piece was directed at the term “geriatric.”

In the American and U.K. stories reworking Dhawan’s essay, I was glad for her that they at least linked to her piece, aggrieved to see so many stories trying to go viral by covering a viral idea. Most started with a “there’s a new microgeneration” lede and then led into paragraphs quoting (or just screenshotting) the same readers’ tweeted responses.

There’s a difference between using your own words to try to understand an idea versus misattribution or a slapdash rework. Dhawan had done the former; a slew of others were pasting together Twitter reactions.

I recognized it because I’d seen it before.

I couldn’t tell if reporters were bothering to interview her directly, so I asked her. When we talked, no one had.

Moreover, “you’re the only one who was like, how are you?” Dhawan told me when I called to see how she was coping with the onslaught of attention.

As Dhawan and I talked, we realized we represent a narrow, sub-sub-category: people whose lives were briefly flipped upside down by millions of people stuck on this microgeneration idea and its hot-take-ification.