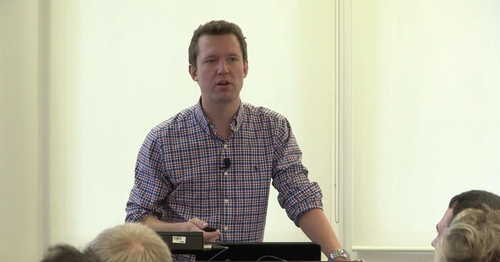 Mike Hearn, the lead platform engineer at enterprise blockchain builder R3, is stepping down from his role at the company, CoinDesk has learned.

Hearn will stay on at R3, but only in the capacity of a technical adviser, according to a memo sent to company staff Friday.

Hearn has long harbored ambitions to broaden his range and start new projects, the memo said.

“Mike’s plans include his own projects, as well as becoming technical advisor to the R3 executive committee. To support the former, he’ll become CEO of his new firm, as well as transitioning to his ongoing R3 advisory role,” it said.

Hearn, who joined R3 in 2015, was instrumental in the creation of the Corda platform with CTO Richard G. Brown. Most recently, Hearn oversaw the recently rolled out Conclave system built using Intel’s SGX technology.

“We all wanted this done right and care tremendously about the ongoing success of Corda and Conclave. So, these past few months, I worked in lockstep with our executive team to ensure a smooth transition to my new advisory role,” said Hearn via email. “As a result, Conclave launched on time to significant interest and anticipation, a new technical leadership team is in place to manage the product on a day-to-day basis, and I remain a part of the R3 brain trust.”

Before joining R3, Hearn was one of leading early developers building Bitcoin’s core software, and he is one of the few people to have had email conversations with bitcoin’s pseudonymous creator, Satoshi Nakamoto. He quit the project in a very public way in early 2016. Prior to that, he was a senior software engineer and tech lead at Google.

Hearn did not immediately return requests as to whether he might be rejoining the bitcoin ecosystem, or more broadly, the world of public blockchains.

Enterprise blockchain, once the battle cry of large corporates, seems to be firmly in the trough of disillusionment these days, with clear evidence of atrophy at R3 rival IBM, where former staffers and other insiders said the primary blockchain team had all but been dissolved.