It doesn’t help anyone. Politicians focusing on emissions during climate disasters are playing a deadly con game, whether they know it or not.

Last year, when California’s fire season was destroying homes and lives again, Governor Gavin Newsom responded by banning the sale of all new gas-powered cars by 2035.

This year, when parts of Germany, Belgium, and Luxembourg washed away, whole communities flooded to the point of destruction, EU President Ursula von der Leyen announced a proposal for a 55% emissions reduction by 2030, and also potentially banning the sale of new gas cars by 2035. Both of these proposals, and they are just two examples in too many climate proposals to list, are all sound and fury.

Neither of them make a damn lick of sense as responses to the climate problems the people of the EU or California face.

What needed to be said was “We’re buying out houses and moving people to safe, stable communities that can last for the next hundred years.” But that’s hard. Announcing abstract emissions goals (which you’ll probably never meet) is easy and gets “green” votes.

Now, in the wake of Hurricane Ida carving destruction from New Orleans to New York, we’re talking about emissions again, but at least we’re also talking about the problem of basement apartments, at least for a week or two. 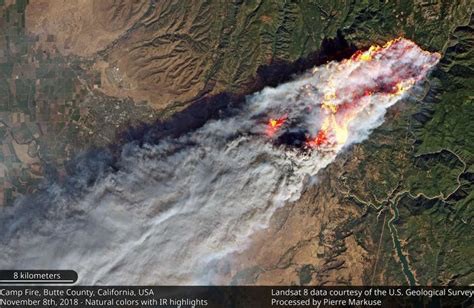 A lot of what the climate emergency boils down to is really two other emergencies: a housing crisis and a farming crisis. This is both in terms of what drives climate change, and where we’re going to feel it as the planet fails to meet our needs. But politically, they are mostly a pricing crisis.

The global housing crisis is wrecking millions of lives. Housing stock is many years behind population growth, and maintenance of existing stock barely exists. The farming crisis is just getting started, but still killing people in both high and low income countries.

The planetary goal of reducing CO2 emissions is to terraform the Earth back into a Holocene state. The Holocene is the period in which all current life, including us, evolved, and definitionally it’s the most comfortable version of Earth for all life on the planet right now. A parts per million (PPM) of carbon dioxide (CO2) topping out at around 300 is about right. That’s the goal. We’re currently at around 418 ppm.

Getting CO2 down is important for our long term health and comfort. I am all for this, changing everything about how we live around ecological goals, committing to an ecological life personally and politically.

But controlling emissions is not part of disaster response.

We can tackle both of these at once, rehousing and providing for people in ways that bring down emissions and keep them safe. But we don’t because the answers aren’t popular, and politicians know that

There isn’t enough housing, and the housing we have is the wrong kind and in the wrong places connected to the wrong infrastructure.

We are farming the wrong things in the wrong ecosystems, and using up too much of our resources to do it. And it’s all going to change, one way or the other.

Typhoon Haiyan, aka Super Typhoon Yolanda, killed 6300 people and probably left another million homeless in 2013. It was one of the most powerful typhoons recorded. Was it supercharged by climate change? Of course it bloody well was. Was it a result of Philippine emissions? It was not.

Most people will have to move and change how they live in the next few decades, and we can do that in a way that improves most people’s lives. Or we can fuck it up and struggle through an era of war and mass death.

Ida making its way north east, where it would do most of its killing.

Even the sacrifices the richer third of the world need to make to do this right aren’t really sacrifices. Wasting less food and giving up your car is not Hell on Earth. Dense housing and shared green spaces is quite a lovely way to live. No one actually needs more than a week or so of seasonal clothing. We can all travel slower without dying of it. Having more diverse neighbors in the northerly latitudes is a bonus for those latitudes, not the end of civilization.

The lack of political will is not just a western phenomenon — the intransigence is global. It’s cultural, economic, and logistical. It may very well just be human. But denial doesn’t prevent catastrophe any more than closing your eyes will stop a car from hitting you.

All of our problems are solvable. But the solutions are expensive in terms of current capitalist economics, and often unpopular, because change is unpopular. In terms of real resources, the solutions are far cheaper than the way we’re doing things now. But we’ve disconnected our economic systems from our natural systems

In the 21st century, people will often need to move north. We’ll all need good quality housing that is efficient, but not luxury as we’ve conceived luxury so far. Good, healthy food will need to be cheap and prioritized over food that is neither healthy nor sustainable, like most meat production in the world. Fields will need to lie fallow, and forests be left alone, because they are worth far more than any of us can afford.

To say on the one hand we’ll cut California emissions, but on the other hand let a housing crisis drive more people to move into the wildland urban interface where they are likely to lose their houses or lives to fires is insanity.

To say we’ll stop the sale of gas cars in Europe while bringing in a Russian natural gas pipeline is gaslighting Europeans.

Our civilization is unsustainable. If we don’t consciously reform it, the system we’re in and the pricing paradigm we use will inevitably fail. Probably catastrophically, because that’s what unsustainable means. Any leader or politician not talking about that is ignorant, lying, or both.

No one on Earth is safe from a planetary-level crisis, but all crises are experienced locally. If a person believes in dealing with climate change, it’s more than just talking about CO2 levels. We are compelled to understand the need for good housing and good farming, and moving humanity into both, themselves included. Because whatever it costs, it’s cheaper than what we’re doing now.

All that we have.