Abby Champion and Kiki Willems backstage at Chanels Fall 2018 program. Picture: @sammcknight1/ Instagram As style month nears a close in Paris, one point has actually come to be clear from the Fall 2018 paths: The hairstyles of yesteryear you probably believed youd never ever use once again are back. 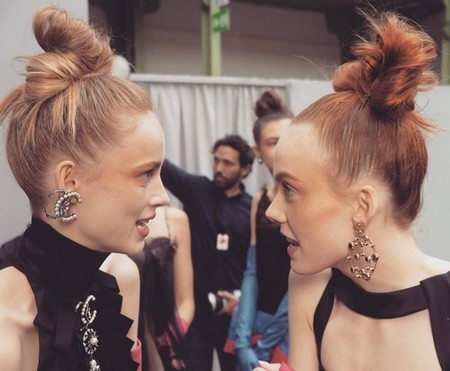 There were 60s Jackie O. coifs at Moschino; early-aughts comb headbands at Prabal Gurung; as well as of course, Alexander Wangs much-debated 90s banana/claw clips. And also currently we can include in that checklist the messy bun, aka your (my) secondary school hair staple– most likely along with previously mentioned comb headbands and banana clips– which simply appeared on none other than the Chanel Fall 2018 path.