The head of the Bank of Korea (BoK), Lee Ju-yeol, recently put forward the argument that cryptocurrencies don’t hold any intrinsic value

The governor of the bank of Korea, Lee Ju-yeol, has set forth that Bitcoin and other cryptocurrencies have no inherent value. Ju-yeol went on to say that while that was the case, he expected the price swings associated with the digital assets to remain.

Cryptocurrencies have been known to exhibit high price fluctuations, with Bitcoin perhaps best exemplifying this.

No intrinsic value in crypto

The Bank of Korea head made these comments while speaking in a parliamentary session on Tuesday.

“There is no intrinsic value in crypto assets,” he said to the lawmakers. 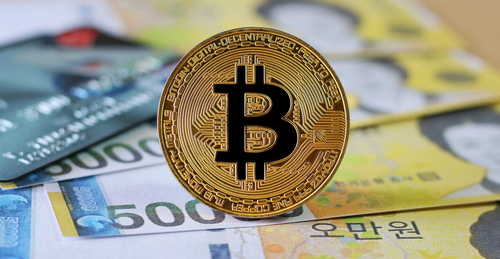 The bank governor was asked whether the recent upswing in the price of Bitcoin was fleeting or not, to which he responded by saying, “It is very difficult to predict the price, but its price will be extremely volatile.”

An ideal hedge against currency debasement

Ju-yeol explained that there were several factors behind the uptrend in the price of Bitcoin and other crypto coins. He particularly cited the injection of $1.5 billion into the Bitcoin market by the EV automaker Tesla as a major spark for the rally. The bank executive also mentioned that Bitcoin’s price shot up because of the increasing entry of institutional investors who have turned to Bitcoin as a hedge against inflation.

Bitcoin volatility has, for a while now, thrown a spanner in the works of retail, as well as institutional investors looking to get into the crypto market. This characteristic has caused many potential investors to hang back. As it is an inherent nature of crypto, it is hard to overlook or deal away with.

The volatility also appears to affect other cryptocurrencies whose markets tend to follow that of Bitcoin. The latest price surge that saw Bitcoin soar to a new record high price, for instance, and impacted other tokens like Ethereum whose price also skyrocketed. Bitcoin corrected heavily not long after setting a new ATH – a retracement that saw other crypto assets slump.

Progress on the digital currency

Last week the Bank of Korea asked citizens to regard central bank digital currencies as an alternative form of fiat rather than virtual assets. The bank said CBDCs needed legal changes before being launched. Latest reports from Korea detail that the bank is almost done with the design of a CBDC and will be looking to conduct a testing program in the second half of the year.