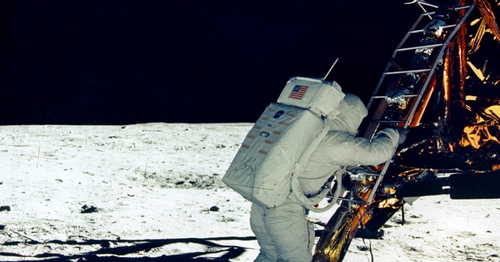 After nearly three years of waiting, bitcoin investors can celebrate a new all-time high Monday after the leading cryptocurrency traded as high as $19,786.24, breaking the previous record set in December 2017 by $3, according to CoinDesk Bitcoin Price Index (BPI) data.

Long-time bitcoin investors have weathered more than one bearish market cycle. But for newer participants, the record highs represent validation of their investment as the cryptocurrency continues to demonstrate resilience.

“The significance of a new all-time high in dollar terms can’t be understated,” said Kevin Kelly, co-founder of Delphi Digital and former equity analyst at Bloomberg, in a direct message with CoinDesk. “Many skeptics have publicly denounced bitcoin for failing to reach a new high despite such a favorable macro backdrop so this is yet another testament to bitcoin’s staying power.”

That favorable backdrop includes, in part, an unprecedented era of spending on the part of central banks around the world to help combat the pandemic-induced economic slowdown. Many bitcoin investors view the digital asset as a hedge against potential inflation from this loose monetary policy.

Year to date, bitcoin has gained 167%. Since its yearly lows in March, after crashing more than 50% in a single day, bitcoin has rallied more than 400%.

To be sure, bitcoin’s positive correlation to traditional markets remains somewhat strong above 0.4, according to Coin Metrics, in contrast to a longstanding narrative supported by bitcoin investors that bitcoin is uncorrelated to traditional markets. With regular exchange outages and new investors questioning the reliability of widely circulated market data, moreover, the adolescent market has room to mature.

For Q3, Square reported a record $1 billion in bitcoin revenue via its CashApp mobile wallet. PayPal, after announcing its plan to support bitcoin and other cryptocurrencies in October, promptly removed its waitlist for the service less than a month later, citing overwhelming demand.

From a fundamental perspective, the case for a sustained bitcoin rally is as strong as ever, according to Karim Helmy, data analyst at Coin Metrics. The total number of active bitcoin addresses has soared to all-time highs, and the network’s economic density—the value transacted per byte—is nearing levels not seen since the last bull run, he told CoinDesk in a direct message.

Despite tens of thousands of other cryptocurrencies competing for investor mindshare, bitcoin is leaving nearly every one of them behind, with most “altcoins” still down double-digit percentages from their own record highs. Ether is still down 58% from its all-time high, also set in late 2017. Litecoin and XRP are down 77% and 82% from their respective highs.

Bitcoin’s record high comes amidst a curious lack of publicity, however, from mainstream audiences and media outlets, according to data from The Tie.

The total volume of bitcoin-related tweets, for example, is well below late 2017 levels and largely flat for the past two years. Media mentions also are sitting at conspicuously low levels. Search interest in bitcoin, moreover, sits at less than one fifth the level seen at bitcoin’s 2017 high, according to Google Trends.

“I don’t think many people outside the industry cared until we hit all-time highs,” said Ryan Watkins, bitcoin analyst at Messari, in a direct message with CoinDesk. The coronavirus pandemic and U.S. presidential election have dominated mainstream audiences’ attention in 2020, he noted.

As investors look for more upside, any continuation of bitcoin’s rally will be “defined by a wider investor base as new market participants are unlocked,” Kelly said.