Right now, I’m in the parking lot of a grocery store in Turkey and I’m loading up on groceries. The country’s going into a partial lockdown tonight at 8 p.m. All the restaurants are only going to be doing takeout, so we won’t be able to film videos.

The next place we had planned to go to was Dubai, but because of the quarantine, they’ve canceled all the flights there. Whereas we usually plan things a month or two ahead of time, now we’re changing plans the day before. We’re trying to make decisions and we’re running with Covid on our heels.

The first time I heard about Covid, I was finishing up filming in Malaysia. I had a trip planned to Korea and then they had an outbreak. It was the first place outside of China where Covid had spread, so we called off the whole trip and went back to our base in Taiwan. At the very beginning, there were no border restrictions or quarantining, so we were able to spend a few months filming our videos without being affected. But eventually, we had to keep traveling because it’s part of our job, and our visa wasn’t allowing us to stay in Taiwan. So we decided to leave. For the last three or four months, it’s been pretty rough trying to travel.

We have to pick countries based on, “What’s the appropriate thing to do? Where can we film videos? Where do we feel safe?” We also had to look at whether it’s going to be worth quarantining or not. Greece only required a test, then we visited Canada and had to quarantine, and then we went to Turkey which doesn’t require a quarantine. We’ve been there for the last month and a half or two.

I think safety decisions are something you need to decide on your own. I’m not going to base everything on statistics and numbers because you don’t know if you can totally trust them, depending on what country you’re going to. Before coming to Turkey, we were pretty skeptical because their numbers seemed low for their population and location. But since the pandemic broke, we’ve been to a couple countries and Turkey is by far, based on the news and where I’ve been myself, the most mask-wearing country I’ve ever seen. Everybody’s got their mask on, so it does make you feel a bit safer.

We want to show people there is a light at the end of the tunnel and life is still happening in other countries outside of their own. 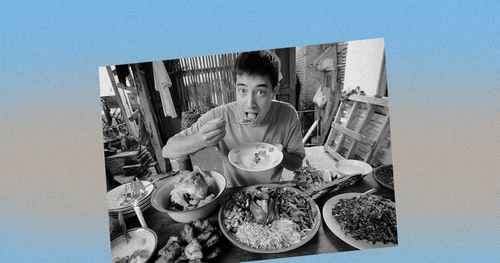 Before the pandemic we were posting two videos a week, and now we’ve reduced to one a week. Usually, we’ll be traveling with hopefully 10 videos on backup that we haven’t posted yet. Now we’re just running the whole time. We don’t have any backups so we’re only filming that week’s video. At the initial break of the pandemic, there seemed to be an overall drop in views. But as the pandemic progressed, things picked back up to normal. We’ve tried to keep our content the same because we want to show people there is a light at the end of the tunnel and life is still happening in other countries outside of their own. A lot of people have the travel bug right now because they can’t go anywhere.

One of the biggest things for YouTube, and video creation in general, is consistency. We could have applied for government assistance in Canada, but we decided to try to weather the storm. Even though benefits might’ve gotten us through the short term, it wouldn’t have helped grow our business. We make revenue from ad views on Facebook and YouTube, and we also have some supporters through memberships and Patreon. Before the pandemic, we were doing some sponsorships but I’ve definitely noticed a decline in the number of people who are reaching out.

We were really worried about whether or not locals would be wary of tourists, but it’s been completely the opposite. I found that people are very curious as to why we’re there and where we’re from. They’re also going through a really hard time and we work to promote other small businesses, usually restaurants, market stalls, and street food vendors. So we wanted to help other people as well, and in a tough time like this, I think they’re happy to see us.

I hope we’ll be able to create a more sustainable career for ourselves. One of the big parts of that is finding residency in another country and creating a base so we can spend more time filming at home and less time traveling. One thing for sure is that we won’t be doing the short trips we were doing before, the two days in Malaysia and then three days in Japan and things like that. I think that era of travel is gone. We’re going to be doing more in-depth, long-term travel, several weeks or months at a time in one country.