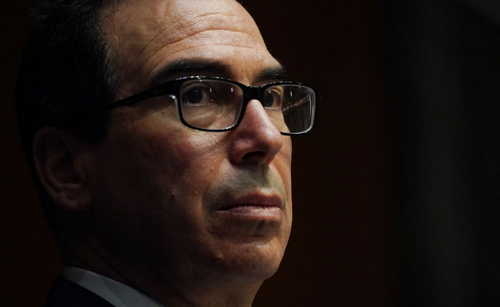 The Financial Crimes Enforcement Network (FinCEN) and the Federal Reserve’s rule change proposal would reduce the threshold from $3,000 to $250 for AML compliance for any transfers – in crypto or fiat – that go outside the U.S.

Concerns over user privacy in relation to that proposed change are nothing compared to the outright fear created by Coinbase CEO Brian Armstrong’s tweets about the threat to self-custodied wallets, a central tenet of crypto.

It’s worth pointing out that the Notice of Proposed Rulemaking for the $250 threshold was given just a 30-day response period, when normally the industry would be granted 60 or 90 days. Another interesting rumor is that these stronger rule changes are coming directly from political appointees, rather than long-term career people at FinCEN or on the policy side.

“Many of the people at FinCEN are career people who are going to be at FinCEN 10 years from now, and they have a slow and steady process that works really well for them,” said Justin Newton, CEO of Netki, a technical solution for crypto AML compliance. “Mnuchin has until January 20, to get done the things he wants to get done.”

This is borne out by the brisk 30-day period for response to the recent Travel Rule change, said Newton, which “could be because they’re trying to get this done before Mnuchin leaves.”

Another Travel Rule solution builder, Joseph Weinberg, co-founder of the Shyft Network, said the industry and its various regulators are in an “educational phase” and considerations around unhosted wallets should be carefully measured.

“It would surprise me if something came out really quickly,” Weinberg said. “A big knee-jerk reaction isn’t something that should happen because people are realizing that if we work together we can solve these problems. There are different ways of approaching this than just throwing a 1980s version of SWIFT at crypto to figure out in a year.”

It’s important to be clear about what regulators likely mean when they talk about unhosted or self-hosted wallets and how that relates to the global recommendations of the Financial Action Task Force (FATF). This involves creating a compliance bridge between wallets hosted by a virtual asset service provider (VASP) and an unhosted or private wallet. (Technically speaking this is not the same as the Travel Rule, where there are VASPs at either end of the transaction.)

Adding a due diligence requirement around unhosted wallets is in some way equivalent to sanctions screening in the traditional financial world, said Netki’s Newton. “It doesn’t matter if the other end of a transaction is a bank, a VASP, the corner store or Uncle Bob, sanctions apply to every transaction that occurs,” he said.

Another point to note is that the U.S., were it to enact some self-hosted wallet regulation, would not be the first country to do so. In Switzerland, the Financial Market Supervisory Authority (FINMA) introduced guidelines in January 2020 requiring exchanges to implement travel rule requirements on transactions over $1,000 and where the ownership of non-custodial wallets must be proven.

The issue of private wallets has been at the forefront of the FATF agenda this year, with substantial liaison with the private sector through its Virtual Asset Contact Group (VACG), said Malcolm Wright, advisory council chair at industry trade group Global Digital Finance. Meanwhile, the U.S. has long been an early adopter of cryptocurrency legislation which has provided foundational steps for the maturity of the industry, he said.

“If the rumors Brian Armstrong has flagged are true, we would hope that the administration will engage with industry, as the FATF has done through the VACG to ensure the impact and shape of any proposals are right-fit rather than preventative for responsible innovators,” Wright said.

Certain sections of the 12-month review provided by FATF this summer (paragraphs 53 and 54) hinted at the path ahead regarding unhosted wallets. In addition, the Financial Service Agency of Japan (JFSA) who is leading the FATF working group on virtual assets has discussed the issue of lack of identity information on non-custodial wallets, said Dave Jevans, CEO of blockchain analytics firm CipherTrace.

CipherTrace has been meeting with FinCEN, Treasury and FATF since 2019 on the virtual asset recommendations, and travel rule in particular, Jevans said.

“There has been chatter about this over the last 2 weeks,” he said. “Our view is that forcing a ‘Swiss+’ model is a bad idea. This is where VASPs cannot send or receive funds from non-custodial wallets without some form of KYC declaration. This makes it more difficult for people to manage their own money, and to send money to businesses or family. It is a shortsighted move that will not stop criminals, since they will simply use layering techniques to get around these controls.”

Summing up, Siân Jones, a partner at XReg Consulting and the driving force behind a FATF-compliant messaging standard for crypto, said the rumored U.S. regulations were “entirely plausible.”

“The U.S. is the most vociferous around the FATF table,” said Jones. “Much of the rules are driven by the U.S., which has been pushing hard for a fairly strict regime. The policymakers there, largely the same people, are also pushing for this kind of thing. They still say, ‘if we’re not satisfied with this, we can ban it.’ And they’re the only country really that talks in those terms.”

Jones pointed to the linguistic nuance, whereby FATF refers to “unhosted wallets,” while everybody in the industry refers to them as “self-hosted wallets.”

“I think that itself is quite a revealing point,” Jones said. “To the policymakers, they see this as unhosted, uncontrolled, and stuff that is unregulated; that’s where the ‘un’ comes from. People in the industry see this as some self-possession thing, and therefore very different.”

The Treasury Department did not return requests for comment by press time. A FATF representative said it does not comment on rumors.