Early in his career, renowned author Jack London wrote a story about a boat trip down the Yukon River, called “From Dawson to the Sea.” In it, he described the diverse wildlife he encountered during his journey: “Not a sound as we round the tail of a bar, disturbing a solitary crane from his ghostly reveries.

A partridge drums in the forest, a moose lunges noisily as it takes to the water, and again silence. Then an owl hoots from some gloomy recess or a raven croaks gutturally overhead.”

If you’re looking to enjoy a northern wildlife safari with a chance to see animals like bison, elk, moose, mountain goats and thinhorn sheep up close, the Yukon Wildlife Reserve is a great place for the entire family to spend the day. And while you don’t need to float down the nearby Yukon River to enjoy it, you’ll probably see more wildlife there than London did in his river journey.

Visitors always check in to the reception cabin to register, check for guided tours, and get ice cream treats. Photo ©John Geary 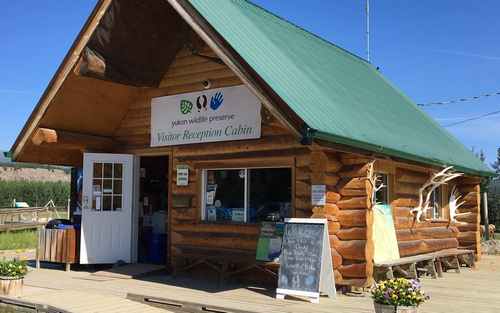 You can walk the paths in complete safety, as the wildlife is contained in fenced fields, but areas much bigger than you would find in any city zoo. Or you can take bus tours to the various areas of the park, led by tour guides. There are excellent photo opportunities to spot and snap pictures of 12 iconic Yukon species on the 350-acre reserve. 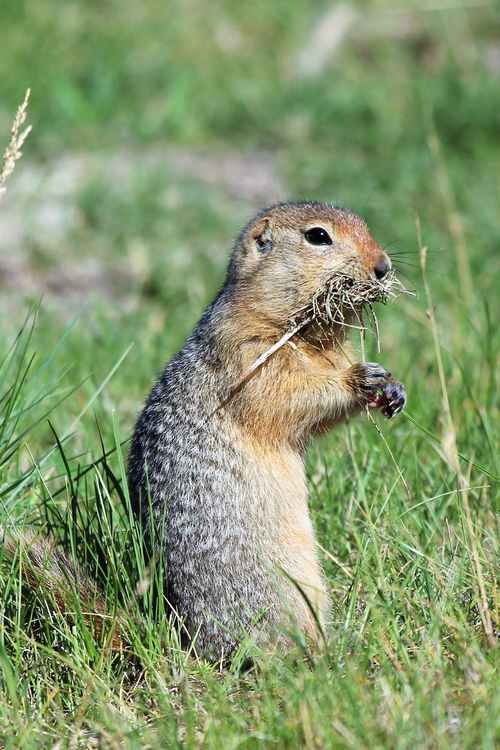 An Arctic ground squirrels munches on a snack of grasses. Photo ©John Geary

I chose to walk during my visit there. The 5-kilometre trail roughly forms a figure-eight throughout the facility and, starting from the visitor reception cabin on the eastern portion of the trail, I encountered some Yukon wildlife just a few minutes into my walk: an Arctic ground squirrel.

We played hide-and-seek for a few minutes, me playing “seek” to take photos of it, with the obviously camera-shy squirrel “hiding.” I did spy some bison roaming around off in the distance, but pretty far away for a good shot. I figured I’d be able to get a better shot from the other side of the trail, once I made my way around (provided they didn’t then move closer to this side of the trail!) 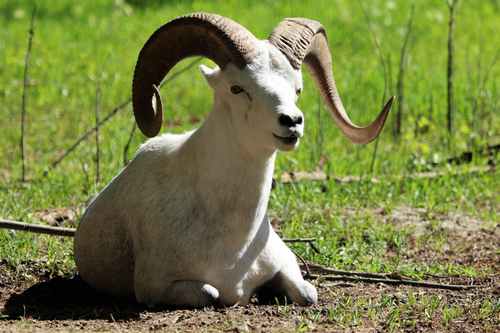 I made my way past some mule deer roaming around the large enclosure and spotted some swans, some grebes and several other waterfowl species on the seasonal lake where the four arms of the “eight” intersect. From there, I took another branch of the trail to go looking for goats, sheep and muskox. 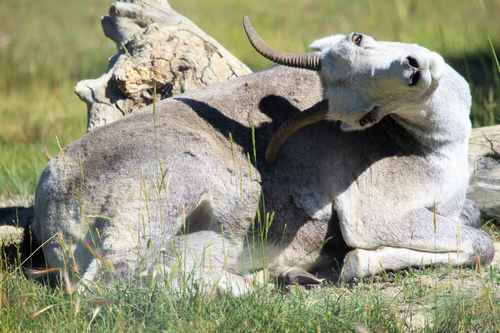 “Ah, these horns are great for scratching those hard-to-reach places!” Photo ©John Geary

I was quite happy that I was able to see all three: mountain goats, muskox and thinhorn sheep. Thinhorn sheep, also known as Dall’s sheep, have horns that are (as you might guess) thinner and longer than their bighorn counterparts. The Dall’s horns also tend to flare outward, away from the face. 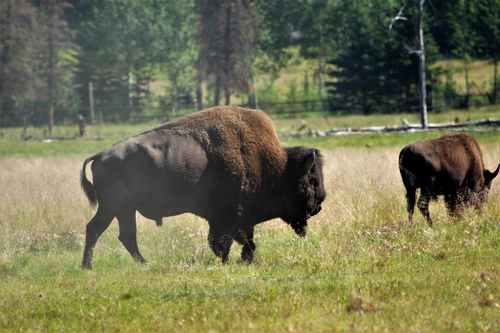 Joining their ungulate brethren in the preserve were several elk. The facility is also home to lynx and both Arctic and red fox, but my travel schedule did not allow me enough time to get over to the area where you could see them.

Despite the fact I didn’t get to see those denizens, like London, I was still very taken with the Yukon wildlife.

Even the ground squirrels 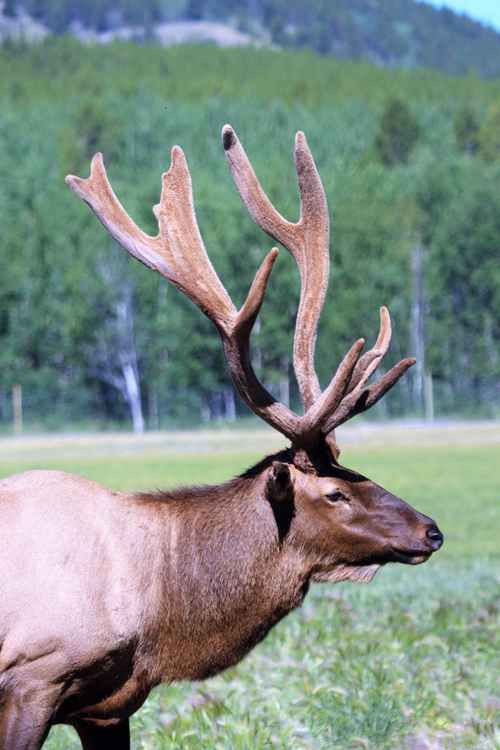 An elk shows off his antlers. Photo ©John Geary

As with anything else, some scheduling aspects of the facility may be different as a result of Covid restrictions; the bus tours and other guided tours are the most affected by this. It did re-open to the public June 1, but be sure to check the website for any updates: https://yukonwildlife.ca/

From downtown Whitehorse, the preserve is about a 25-minute drive, located on Kilometre 8 (Mile 5) of the Takhini Hot Springs Road. Full directions are on the website, or you can use Google maps to get there easily. There is plenty of parking.

There are no food outlets in the preserve, although you can get ice cream treats at the visitor cabin. You can bring a picnic lunch as there are tables to enjoy snacks and cold lunches (just don’t feed the animals!)

There are no shelters or water sources within the preserve, so be sure to have adequate clothing to deal with whatever weather you may encounter, as well as drinking water.